Film buffs may borrow movies from every era and genre at the Lititz Public Library. Here’s a list of movies that mark the last feature film appearances of well-known actors. Match the films with the list of actors and their roles.

1. Ragtime (1981)
Set against the scandals and events of America in 1906, a young black pianist becomes embroiled in the lives of an upper-class white family.

2. Walk, Don’t Run (1966)
During the housing shortage at the Summer Olympic Games in 1964, an English industrialist and a member of the U.S. team wind up sharing an apartment with a beautiful woman.

3. High Society (1956)
A society wedding is disrupted when a scandal sheet reporter and photographer arrive to cover the ceremony and end up complicating the tangled romances.

4. Field of Dreams (1989)
An Iowa farmer hears a voice that instructs him to plow under his crops and construct a baseball field that becomes inhabited by spirits of dead baseball players.

5. The Legend of Bagger Vance (2000)
A down-and-out Southern aristocrat and World War I hero defeats two golf pros by following the teachings of a mystic serving as his caddie. 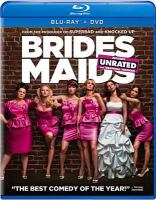 6. Bridesmaids (2011)
When she finds out her best friend is engaged, an out-of-work, broke and lovelorn pastry chef insists she must serve as maid of honor.

7. Old Dogs (2009)
Two best friends, who have built a successful marketing empire but have avoided growing up, are charged with the care of seven-year-old twins while on the verge of a big business deal.

8. To Be or Not to Be (1942)
With the world on the brink of war, a troupe of over-the-top actors in Nazi-occupied Poland use their talents to fool the occupying troops. 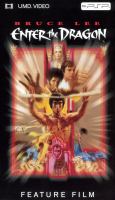 10. Enter the Dragon (1973)
A master martial artist is sent by British intelligence to the island fortress of a criminal warlord whose martial arts academy serves as a front for drug smuggling.

11. Guess Who’s Coming to Dinner (1967)
A newspaper publisher’s liberal principles are put to the test when his daughter announces her engagement to an internationally renowned African-American physician.

12. The Dark Knight (2008)
When he sets out to destroy organized crime, Batman awakens a rising criminal mastermind known as The Joker.

13. Autumn Sonata (1978)
An international concert pianist visits her grown daughter after a seven-year absence and faces a shattering confrontation.