Many love the convenience; others enjoy being read to. Find out why audiobooks are more popular today than ever. Borrow a book on CD from the Lititz Public Library.

You Can’t Make This Up: Miracles, Memories and the Perfect Marriage of Sports and Television by Al Michaels (nonfiction)
Award-winning broadcaster interweaves the story of his life and career with lively tales of major events and engaging figures in modern sports. 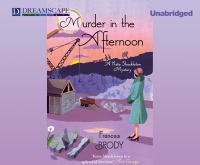 Murder in the Afternoon by Frances Brody
Two children run for help after they find their father’s body at the quarry where he worked as a stonemason, but when help arrives the body is gone.

Twelve Days by Alex Berenson
A former CIA agent has only twelve days to stop the United States from being tricked into invading Iran.

Dark Places by Gillian Flynn
A seven-year-old girl testifies against her brother after witnessing the murder of her mother and sisters, but twenty-five years later, when she tries to profit from her tragic history, she admits the story might not have been accurate.

Cold Cold Heart by Tami Hoag
A year after she was kidnaped by a notorious serial killer, a once promising TV reporter attempts to pull herself back together by returning to her hometown.

The Storied Life of A.J. Fikry by Gabrielle Zevin
One night the owner of Island Books discovers a toddler in his children’s section with a note from her mother saying she can no longer raise the child.

Put Your Heart on the Page: An Introduction to Writing by Anne Perry (nonfiction)
Perry references her own novels to demonstrate the various themes which need to be considered when beginning to write.

American Sniper by Chris Kyle (nonfiction)
SEAL Chief Chris Kyle had a record of 150 confirmed kills making him the most deadly sniper in U.S. military history. 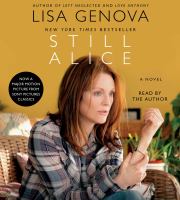 Still Alice by Lisa Genova
An accomplished woman slowly loses her thoughts and memories to Alzheimer’s disease, only to discover that each day brings a new way of living and loving.

Uganda Be Kidding Me by Chelsea Handler (nonfiction)
This collection shares Handler’s sharp wit as she reports on her misadventures on an African safari.

The Rustlers of Pecos County by Zane Grey
Texas was a huge place full of frontiersmen, ranchers, farmers, cowpokes, gunslingers, rascals and politicians where Texas Rangers were outnumbered a thousand to one. 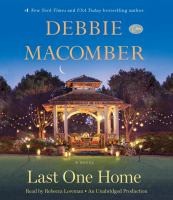 Last One Home by Debbie Macomber
Their mother’s unexpected death brings three very different sisters together and they realize their mother would have wanted them to let bygones be bygones.

A Fine Summer’s Day by Charles Todd
The death of a widowed mother in the summer of 1914 sets off a series of seemingly unconnected murders across England.

Sniper’s Honor by Stephen Hunter
Former Marine gunnery sergeant uncovers why WWIIs greatest sniper was erased from history after she raised the fury of Joseph Stalin and Adolf Hitler. 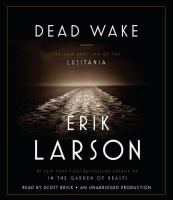 Dead Wake: The Last Crossing of the Lusitania by Erik Larson (nonfiction)
The author chronicles the sinking of the Lusitania and discusses the factors that led to the tragedy in 1915, when the imperial German government considered the waters around Britain to be a war zone.

The Handsome Man’s De Luxe Café by Alexander McCall Smith
Mma Ramotse has her hands full both at home and at the No. 1 Ladies’ Detective Agency where a kindhearted brother and sister need help finding the identity of a woman known only as “Mrs.”

How We Got to Now: Six Innovations That Made the Modern World by Steven Johnson (nonfiction)
The author provides extraordinary stories behind remarkable ideas that made modern life possible, the unsung heroes who created them and the unexpected consequences each of these innovations triggered.