Don’t forget the Lititz Public Library offers downloadable eBooks for people to borrow. Set up an account by clicking on “eBooks & eAudiobooks” under eResources on the library’s homepage. Here’s a sample of recent additions to the collection. 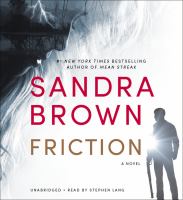 Friction by Sandra Brown
Rebounding after the death of his wife pushed him onto a destructive path, a Texas Ranger’s hunt for a gunman puts his quest to regain custody of his daughter in jeopardy.

A Full Life: Reflections at Ninety by Jimmy Carter
In his autobiography, President Carter reflects on his proudest accomplishments and things he might do differently.

The Husband’s Secret by Liane Moriarty
Discovering a tattered letter that says she is to open it only in the event of her husband’s death, a successful family woman is unable to resist reading the letter and discovers a secret that shatters her life.

Finders Keepers by Stephen King
When a boy finds a cache of notebooks buried decades ago by the man who murdered an iconic author, he puts his family in danger.

The Invention of Wings by Sue Monk Kidd
A Charleston slave is given to the daughter of a wealthy family on her eleventh birthday and their next thirty-five years are lived in tandem.

Make Me by Lee Child
A former military cop steps into a nightmare when he teams up with an investigator who is worried about her missing partner.

Naked Greed by Stuart Woods
A cop-turned-attorney is catapulted into the high-stakes world of beer making and distribution when he rescues a prominent brewery owner from an attack by two rogue policemen.

A New Hope by Robyn Carr
A woman lost in grief since the death of her child moves to a small town on the Oregon coast and finds peace in a job at a flower shop. 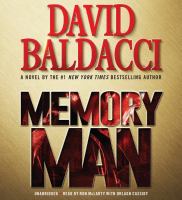 Memory Man by David Baldacci
A former police officer, recovering from the violent deaths of his wife, young daughter and brother-in-law, is called back to help when a man turns himself in to the police and confesses to the murders.

Nine Rules to Break When Romancing a Rake by Sarah MacLean
Finding herself left unmarried and unsatisfied, a Regency-era woman who has always followed the rules vows to live the life of pleasure she is missing.

Thrill Me by Susan Mallery
Ten years after fleeing her hometown, a woman is hired to promote a resort’s new slogan and is shocked to learn the celebrity spokesman is the man she dumped but never forgot.

The Murderer’s Daughter by Jonathan Kellerman
A brilliant, deeply dedicated psychologist’s painful past returns when she discovers that a recently murdered patient used an alias and once knew her as a child.

The Wright Brothers by David McCullough
Two-time winner of the Pulitzer Price tells the surprising story of a couple of unschooled Dayton bicycle mechanics who found success in one of their contrivances.

X by Sue Grafton
A private investigator falls for a scheme cooked up by a beautiful woman who wants to steel her husband’s priceless painting.

The Rumor by Elin Hilderbrand
In an attempt to revive her career, a writer reveals the truth behind a friend’s actual affair in her new novel.

The Sound of Glass by Karen White
Two years after her husband’s tragic death, a New England woman discovers she’s been bequeathed his family home in South Carolina.