Zombies, werewolves, vampires, ghosts and maniacs will haunt your dreams when you borrow these horror stories from the Lititz Public Library.

Grim Reaper: End of Days by Steve Alten
A military veteran is determined to save his wife and daughter from a delusional scientist who intends to unleash a swift-acting version of the Black Death.

The Coldest Girl in Coldtown by Holly Black
When a seventeen-year-old girl wakes up following a party in the aftermath of a violent vampire attack, she travels to a quarantined city full of vampires with her ex-boyfriend and a mysterious vampire boy in tow.

World War Z: An Oral History of the Zombie War by Max Brooks
An account of the decade-long conflict between humankind and hordes of the predatory undead is told from the perspective of dozens of survivors who describe the human battle for survival.

Kornwolf by Tristan Egolf
A rampaging Amish werewolf is terrorizing Lancaster County and a teen wakes up naked in the middle of his family farm’s fields wondering where and how he spent the night. 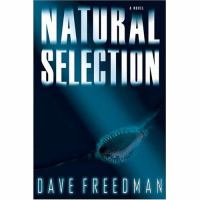 Natural Selection by Dave Freedman
Intrigued by a series of mysterious attacks on ocean wildlife, a group of scientists discover evidence of a prehistoric manta ray that has evolved into a dangerous predator.

Raising Sony Mayhall by Daryl Gregory
After a zombie attack, a woman rescues a near-dead infant on the side of a frozen Iowa highway and decides to raise him without telling the authorities.

The Missing by Sarah Langan
A third grade class is infected with a ravenous, flesh-eating monster that causes insanity.

The Sound of Building Coffins by Louis Maistros
In 1891 New Orleans, siblings fight a powerful demon set in motion by a voodoo curse gone wrong.

The End Games by T. Michael Martin
In the rural mountains of West Virginia, a seventeen-year-old boy tries to protect his fragile younger brother from the horrors of the zombie apocalypse.

Gil’s All Fright Diner by A. Lee Martinez
A vampire and werewolf help the owner of a diner fight off zombies planning to take over the restaurant.

The Winter People by Jennifer McMahon
When her sister vanishes, a young woman searching for clues discovers a dead woman’s the diary hidden beneath the floorboards of her mother’s bedroom.

Unsuspecting Prey by Margie Myers
A woman returns home after twenty-five years to attend her father’s funeral and learns that she has inherited the bulk of her father’s estate and an endless list of enemies.

Boneshaker by Cherie Priest
A teenager decides to reclaim his father’s reputation by discovering the truth about an invention that accidently uncovered a vein of gas that turns everyone who breathes it into the living dead.

Nocturnal by Scott Sigler
Experiencing vivid dreams about serial murders taking place in San Francisco, a homicide detective fears he is losing his sanity and discovers a link between the victims and a young boy who is gripped by the same nightmares.

The Terror by Dan Simmons
Set in the mid-nineteenth century, a ship’s captain leading a search for the Northwest Passage must find a way for his crew to survive the deadly attacks of a sea monster.

Originally published on April 25, 2014 in the Lititz Record Express.