Learn about our 50th state with these books and resources at the Lititz Library: 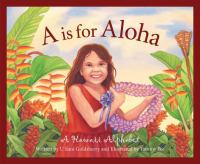 A is for Aloha: A Hawai’i Alphabet by U’ilani Goldsberry – Presents an illustrated collection of twenty-six short rhymes–one for every letter in the alphabet–that celebrate people, places, and things associated with Hawaii, each with an explanatory paragraph. J 919.69 GOL

Hawaii: The Aloha State by Emily Rose Oachs  – The islands of Hawaii differ greatly from the other 49 states. Formed by volcanic activity in the North Pacific, they burst with rain forests, waterfalls, and beaches. In this colorful title, students will discover the natural beauty and unique traditions of a state far removed from the mainland.           J 919.69 OAC

Plan a trip to Hawaii with this resource:

Visit Hawaii vicariously by reading one of these books set in beautiful Hawaii:

High Tide in Hawaii by Mary Pope Osborne – Jack and Annie travel in their Magic Tree House back to a Hawaiian island of long ago where they make friends, learn how to surf, and encounter a tsunami.   J PB OSBORN 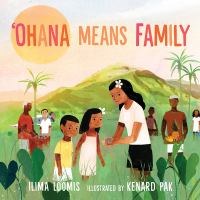 ‘Ohana Means Family by Ilima Loomis – In this cumulative rhyme in the style of “The House That Jack Built,” a family celebrates Hawaii and its culture while serving poi at a luau.                E LOOMIS

The Tsunami Quilt: Grandfather’s Story by Anthony D Fredericks – Once each year, Kimo and his grandfather have placed a flower lei atop a stone monument at Laupāhoehoe Point, but it is not until after Grandfather’s death that he learns of the 1946 tsunami that took the lives of twenty-four schoolchildren and teachers, including Grandfather’s younger brother.   E FREDER

The Nebula Secret by Trudi Trueit – Twelve-year-old Cruz Coronado leaves his home in Hawaii to study and travel with other young people invited to attend the elite Explorer Academy in Washington, D.C., but a family connection to the organization could jeopardize his future.   JF TRUEIT T

Summer Bird Blue by Akemi Dawn Bowman – After her sister and songwriting partner, Lea, dies in an automobile accident, seventeen-year-old Rumi is sent to Hawaii with an aunt she barely knows while she and her mother grieve separately.   YA FIC BOWMAN A

Island Dreamer by Robin Jones Gunn – Christy Miller visits Hawaii, where she turns sixteen and overcomes her fear of driving during an island adventure.  YA PB GUNN

I Heart Hawaii by Lindsey Kelk – “When Angela Clark’s best friend Jenny invites her to join a press trip to Hawaii, three days of sun, sea and sleep sounds like the perfect antidote to her crazed life. In her shiny new job, Angela is the face of having it all, juggling job, baby, husband. But if this is living the dream, she’s ready to wake up. A few days on a beach is what she needs – until her unfailing talent for getting into a scrape kicks in. Not even the most beautiful beaches, blue skies, and daiquiris will get Angela – or her friends – off the hook this time …”     FIC KELK L

The Aloha Quilt by  Jennifer Chiaverini – Another season of Elm Creek Quilt Camp has come to a close, and Bonnie Markham faces a bleak and lonely winter ahead, with her quilt shop out of business and her divorce looming. A welcome escape comes when Claire, a beloved college friend, unexpectedly invites her to Maui to help launch an exciting new business: a quilter’s retreat set at a bed and breakfast amid the vibrant colors and balmy breezes of the Hawaiian Islands.   FIC  CHIAVE  J

Freckled: A Memoir of Growing Up Wild in Hawaii – Told from the immersive, first-person view of a child experiencing turbulent times as they occur, Freckled will take you on a journey you won’t soon forget as Toby catches an octopus with her bare hands to feed the family, careens on her first bike down a rugged dirt trail deep in the jungle, and makes money by selling magic mushrooms to a drug dealer. Living in tents and off the land without electricity or communication with the outside world, Toby escapes into reading to deal with racial harassment and indifferent parenting. Despite the hardship and deprivations of life on Kauai, they return again and again to an island whose hold on them is more powerful than any drug, as sensitive and resilient Toby clings to a dream of academic achievement and a “normal” life.   B NEAL TOBY NEAL

Try these DVDs to see Hawaii

The Descendants – Matt King is an indifferent husband and father of two girls, who is forced to re-examine his past and embrace his future when his wife suffers a boating accident off of Waikiki. The event leads to a rapprochement with his young daughters while Matt wrestles with a decision to sell the family’s land handed down from Hawaiian royalty and missionaries.  DVD DESCEN

Aloha – A celebrated military contractor returns to the site of his greatest career triumphs, the US Space program in Honolulu, Hawaii, and reconnects with a long-ago love while unexpectedly falling for the hard-charging Air Force watchdog assigned to him    DVD ALOHA

Princess Ka’iulani  -“Princess Kaʻiulani [is] the bright and beautiful heir to the Hawaiian throne in this epic based on a true story. Following an idyllic childhood in Honolulu, the willful teenage princess is sent to Britain to receive an education fit for a future queen. There, she meets the handsome young Clive Davies…, who quickly sweeps her off her feet. But meanwhile, destiny calls back home, where the Hawaiian monarchy is overthrown and the threat of U.S. annexation looms. Now, Kaʻiulani must choose between love and her duty to her people in this sweeping tale of royalty, romance, and destiny.”   DVD PRINCE 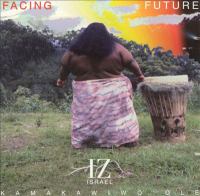