Learn more about the world we inhabit and explore the engrossing relationships we share with our environment. Borrow a book about natural history from the Lititz Public Library.

The End of Night: Searching for Natural Darkness in an Age of Artificial Light by Paul Bogard
Modern artificial light has changed the way humans experience darkness, negating the influence of true darkness in science and art.

Cooked: A Natural History of Transformation by Michael Pollan
The author explores the path that led humans from raw ingredients to tasty and nutritious cooked food, including the art of barbeque, proper cooking in pots and how fungi and molds ferment to produce products like cheese and beer.

Cascadia’s Fault: The Coming Earthquake and Tsunami That Could Devastate North America by Jerry Thompson
A Canadian television journalist investigates the Cascadia Subduction Zone, an 800-mile fault under the Pacific Ocean that could produce a massive earthquake off the coast of the Pacific Northwest.

Weeds: In Defense of Nature’s Most UnLoved Plants by Richard Mabey
A nature writer reveals the many hidden truths behind weeds and explores how they have been portrayed in literature and the popular media.

The Wilderness Warrior: Theodore Roosevelt and the Crusade for America by Douglas Brinkley
Believing nature had restorative healing powers, Roosevelt fought to preserve forests, grasslands, mountains and the habitats of diverse birds, fish and mammals.

Nature’s Great Events Edited by Karen Bass
Six of the most spectacular natural phenomena are introduced, such as the flooding of the Okavango Delta in Botswana, the melting of 10 million square kilometers of ice in the Artic, and the annual tide of sardines along South Africa’s east coast.

Voyages of Discovery: A Visual Celebration of Ten of the Greatest Natural History Expeditions by Tony Rice
Ten of the most famous voyages of scientific discovery are profiled including Hans Sloane’s voyage to Jamaica in 1687 and the Challenger expedition of 1872, the first study of the deep ocean.

Out of the Blue: A History of Lightning by John S. Friedman
Facts and thrilling personal stories relate the science, coincidence and superstition of lightning.

The Tree: A Natural History of What Trees Are, How They Live, and Why They Matter by Colin Tudge
Trees are the earth’s lungs and a source of food, medicine, building materials for mankind and animals.

Carnivorous Nights: On the Trail of the Tasmanian Tiger by Margaret Mittelbach and Michael Crewdson
Two nature writers join an artist on the search for a presumably extinct doglike predator in Tasmania after discovering people who claimed to have seen the animal.

Stories Rabbits Tell: A Natural and Cultural History of a Misunderstood Creature by Susan E. David and Margo DeMello
Pet, pest or farm animal, the authors hope to increase understanding of the rabbit by examining their roles in folklore, nature and commerce. 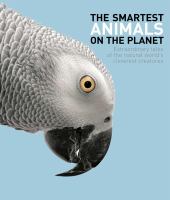 The Smartest Animals on the Planet by Sally Boysen
Animals like the salamander, dolphin, crow and ant exhibit a high degree of intelligence, using tools, communication, imitation, social learning and numerical abilities.

Planet Dinosaur: The Next Generation of Killer Giants by Cavan Scott
More new species of dinosaurs have been discovered in the last decade than in the past 200 years, for example the Dracorex hogwartsia which lived in North America 70 million years ago and resembled a real-life dragon.

Snowstruck: In the Grip of Avalanches by Jill Fredston
An avalanche expert and predictor explores the often deadly nature of avalanches, sharing dramatic rescue and escape stories.

Of Moths and Men: An Evolutionary Tale by Judith Hooper
In the 1980s scientists began reviewing a seminal 1950s biological study that used the British peppered moth as an example of how animals adapt to their surroundings only to discover holes in the experimental design that questioned the results.

Originally published on September 6, 2013 in the Lititz Record Express.