The music for Here Comes the Bride from Wagner’s opera Lohengrin, has been featured in movie wedding scenes in The Father of the Bride, The Wedding Planner and In and Out, among others. The list of films with opera in their musical soundtracks is surprisingly long. Here is a selection available to borrow from the Lititz Public Library.

Kicking and Screaming (2005 film features The Barber of Seville by Verdi)
A sensitive father turns into a driven, obsessively competitive soccer coach when he volunteers to lead his son’s losing team. 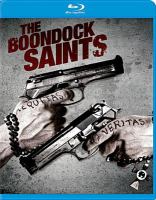 Boondock Saints (1999 film features La Bohème by Puccini)
An FBI agent is on the trail of two vigilante brothers targeting criminals and mob bosses that the justice system has been unable to stop.

The House of Mirth (2000 film features Cosi Fan Tutte by Mozart)
A renowned beauty of exquisite charm seeks a wealthy husband amidst the treacherous world of New York society but winds up disgraced and discarded.

The Man Who Cried (2000 film features Dido and Aeneas by Purcell)
An unhappily married man, trying to provide his son with a virtuous life, is led to murder and emotional upheavals.

Cast Away (2000 film features Eugene Onegin by Tchaikovsky)
A FedEx systems engineer survives a plane crash and becomes marooned on the shores of a tropical island.

Talk to Her (2002 film features The Fairy Queen by Purcell)
In a private clinic two men strike up a friendship while caring for their comatose girlfriends.

Two Brothers (2004 film features The Force of Destiny by Verdi)
Mischievous twin tiger cubs born in the jungle are separated and taken into captivity, but reunited years later by an explorer who trains them to be sport fighters.

The Fifth Element (1997 film features Lucia de Lammermoor by Donizetti)
Two hundred and fifty years in the future, only the fifth element can stop Evil, a force that threatens all life.

The Bridges of Madison County (1995 film features Norma by Bellini)
A photographer and an Iowa housewife find the loves of their lives during a brief encounter in Madison County in 1965.

Maid in Manhattan (2002 film features Orfeo and Euridice by Gluck)
A struggling single mom takes a job as a chambermaid at a luxury hotel where she meets and falls in love with a sophisticated heir who mistakes her for a society woman.

Hart’s War (2002 film features Porgy and Bess by Gershwin)
In a Nazi POW camp, a law-student tries the case of a black pilot from the famous Tuskegee airmen who has been falsely accused of murdering a fellow prisoner.

The Punisher (2004 film features Rigoletto by Verdi)
Based on a Marvel Comic Book character without superpowers, the Punisher uses his intelligence, years of combat experience and determination to avenge those wronged by society’s villains.

Stepmom (1998 film features Il Signor Bruschino by Rossini)
Two children cope with the fact that their parents are divorced and that there is a new woman in their father’s life.

The Life of David Gale (2003 film features Turandot by Puccini)
A journalist interviewing an anti-capital punishment activist awaiting execution for murder discovers the facts of his conviction don’t add up.

Fatal Attraction (1987 film features Madame Butterfly by Puccini)
When a New York attorney has a romantic fling while his wife if out of town, the woman involved won’t be ignored.

Absolute Power (1997 film features Tannhäuser by Wagner)
A career thief and ex-con witnesses the murder of a woman and knows the man responsible for her death is the President of the United States.

Originally published on May 10, 2013 in the Lititz Record Express.