The summer reading program will begin at the library on June 1, and this year’s theme is “A Universe of Stories.” It’s appropriate that this year also marks the 50th anniversary of the moon landing. The Lititz Public Library offers many books about space exploration for your perusal. 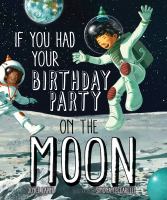 “If You Had Your Birthday Party on the Moon” by Joyce Lapin
Wouldn’t it be fun to take a rocket to the moon for a low-gravity birthday party with a fantastic view of the Earth? Imagine what it would be like and learn facts and trivia about the moon and space.

“The Race to Space” by Clive Gifford
Learn the main points of the space race and the politics that fueled it, focusing on events and missions from 1957-1975.

“Daring Dozen: The Twelve Who Walked on the Moon” by Suzanne Slade
Twelve men set foot on the moon over three and a half years, and their story is told in this lavishly-illustrated picture book. After the story are facts, photographs, and an afterword by Alan Bean, one of the historic twelve.

For young adults
“Mars One” by Jonathan Maberry (fiction)
A teen and his family are about to leave Earth to colonize Mars, but this becomes a questionable endeavor once terrorists start to make threats.

“American Moonshot: John F. Kennedy and the Great Space Race” by Douglas Brinkley
What led JFK to declare America would put a man on the moon by the end of the 1960s? Examine the background that led to this lofty challenge that was as technological as it was political, and also lead to the development of NASA.

“Endurance: A Year in Space, A Lifetime of Discovery” by Scott Kelly
Read an account of what it is like to spend a year in space from the only man who has done it—one year away from Earth and loved ones, a year of tedious routine fraught with many potential dangers.

“Infinite Wonder: An Astronaut’s Photographs from a Year in Space” by Scott Kelly
An excellent pictorial companion to “Endurance”, this collection of photographs starts off with some cramped, wire-infested views of the International Space Station and branches out to surreal sights, reminiscent of abstract art, of the aurora borealis, illuminated cities at night, sunsets, and weather on earth, all as seen from space.

“How to Live in Space: Everything You Need to Know for the Not-So-Distant Future” by Colin Stuart
This entertaining and highly pictorial guide explores all aspects of life in space, from the training required to get there, to how it affects the human body, to some guesses at what the future holds for space travel. For those contemplating leaving Earth: much exercise is necessary when in space, and no laundry is done at the International Space Station. 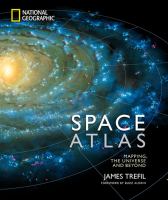 “Space Atlas: Mapping the Universe and Beyond” by James Trefil
This atlas is packed with detailed maps of all the planets and many of their moons, showing parts of the universe you may not realize have been charted or named.

“Spacecraft: 100 Iconic Rockets, Shuttles, and Satellites That Put Us Into Space” by Guiseppe De Chiara and Michael H. Gorn
Study detailed illustrations of various types of spacecraft from around the world and how they were developed and used.

“Shoot for the Moon: The Space Race and the Extraordinary Voyage of Apollo 11” by James Donovan
The names Neil Armstrong and Buzz Aldrin stand out when Apollo 11 comes to mind, but there were actually 410,000 people involved in this mission. Just published this year, “Shoot for the Moon” digs deeply into the details of Apollo 11 and the missions that preceded it.

“Rise of the Rocket Girls: The Women Who Propelled Us, From Missiles to the Moon to Mars” by Nathalia Holt
In the days before people were dependent on electronics for calculating, it was a group of mathematically-savvy young women (armed with pencil and paper) who discovered the calculations necessary to explore space.

“Apollo 8: The Thrilling Story of the First Mission to the Moon” by Jeffrey Kluger
With America falling behind in the space race and time running out, Apollo 8 was a risky mission announced just sixteen weeks prior to liftoff that proved a daring, and necessary, step in making it to the moon.

“The Science of Star Wars: The Scientific Facts Behind the Force, Space Travel, and More” by Mark Brake and Jon Chase
It’s easy to get lost in the fantasy side of “Star Wars”, but it can be viewed from a realistic, scientific perspective as well. Discover how likely the “Star Wars” universe is.