Tap into the findings of researchers and authors who write about how we organize our thoughts and make sense of the world. These books are available at the Lititz Public Library.

Would You Kill the Fat Man?: The Trolley Problem and What Your Answer Tells Us About Right and Wrong by David Edmonds
Originally designed by philosopher Philippa Foot, the ‘trolley problem’ is a scenario in which, to save five people from an oncoming trolley, one must sacrifice another person.

Thinking in Numbers: On Life, Love, Meaning and Math by Daniel Tammet
Numbers, fractions and equations underpin our lives, answering questions like why time seems to speed up as we age and whether there is such a thing as an average person. The Doodle Revolution: Unlock the Power of Thinking Differently by Sunni Brown
Learn how to transform text into a visible display that can engage an audience and solve problems.

Struck by Genius: How a Brain Injury Made Me a Mathematical Marvel by Jason Padgett
After a violent attack the author developed astonishing math and physics abilities.

The Future of the Mind: The Scientific Quest to Understand, Enhance and Empower the Mind by Dr. Michio Kaku
A survey of current research into the human mind reveals how international laboratories have developed technologies for cognition enhancement and recorded profound mental capabilities.

Everyday Math Tricks for Grown-ups: Shortcuts and Simple Solutions for the Not-So-Math Minded by Kjartan Poskitt
A book for those who feel hopeless without a calculator shows how a few easy-to-remember ways for dealing with math challenges will make life easier. 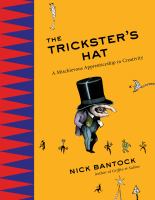 The Trickster’s Hat: A Mischievous Apprenticeship in Creativity by Nick Bantock
Forty-nine perceptive exercises encourage losing oneself in order to become aware of what happens in the periphery of the mind’s eye.

The Tale of the Dueling Neurosurgeons: The History of the Human Brain as Revealed by True Stories of Trauma, Madness and Recovery by Sam Kean
Early studies of the human brain relied on scientific observations of unfortunate people who experienced strokes, seizures, infectious diseases and horrendous accidents.

You Are Now Less Dumb: How to Conquer Mob Mentality, How to Buy Happiness and All the Other Ways to Outsmart Yourself by David McRaney
Journalist discusses various theories that illustrate personal blind spots that skew reality.

How Not to Be Wrong: The Power of Mathematical Thinking by Jordan Ellenberg
Using the mathematician’s method of analyzing life can provide insight into economics, politics and most issues of everyday life.

The Accidental Universe: The World You Thought You Knew by Alan Lightman
Illustrating how scientific findings are changing our understanding of the world, the author includes topics like the debate between science and religion, the conflict between the desire for permanence and nature’s impermanence and the ways technology has changed physical experiences.

Thinking, Fast and Slow by Daniel Kahneman
Two systems drive the way we think: one is fast, intuitive and emotional and the other slower, more deliberative and logical.

Originally published on August 8, 2014 in the Lititz Record Express.