The most checked-out book at the Lititz Public Library was a graphic novel in our children’s section, Dav Pilkey’s Dog Man. Brawl of the wild. with 20 checkouts. This newest installment of Pilkey’s Dog Man series asks, “Is Dog Man bad to the bone? The heroic hound is sent to the pound for a crime he didn’t commit. While his pals work to prove his innocence, Dog Man struggles to find his place among dogs and people. Being a part of both worlds, will he ever fully fit in with one?”

PAW patrol. Brave heroes, big rescues. – Save the day with six huge and heroic rescues. EmBARK on two daring double-length adventures as the Patrol transforms into magical Mer-Pups to save underwater friends and rescues Adventure Bay from a dinosaur invasion! Plus, join the pups as they save Jake, the Adventure Day Parade, a kitty, and even Marshall! (Kids DVD – 18 checkouts)

Not your nest! / by Gideon Sterer illustrated by Andrea Tsurumi. – Bird is just about to put the finishing touches on her new home when she suddenly finds that her nest is already full–of someone else. So she reluctantly builds another nest. But Fox finds this new nest quite comfy, and Brush Hog loves the view from Bird’s next attempt. Soon the Acacia tree is bursting with happily nested animals of all shapes and stripes–everyone except bird! But when Bird finally finds a way to evict her unwelcome guests, the animals realize their mistake and build a nest that’s big enough for all of them. Well, almost… (Picture Books – 17 checkouts)

Diary of an awesome friendly kid : Rowley Jefferson’s journal / by Jeff Kinney. – In his first journal, middle schooler Rowley Jefferson, Greg Heffley’s sidekick, records his experiences and misguided decision to write a biography of Greg, who, in his own mind, is destined to become rich and famous.  (Juvenile Fiction – 15 checkouts)

Mary Anne saves the day / Ann M. Martin a graphic novel by Raina Telgemeier with color by Braden Lamb. – When a fight breaks out among the members of the Baby-sitters Club, timid Mary Anne finds herself becoming more assertive as a babysitter and in her relationships with her father and friends.  (Juvenile Series – 15 checkouts) 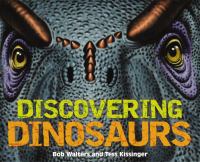 Discovering dinosaurs / Bob Walters and Tess Kissinger. – Features information and illustrations of nearly 140 species of dinosaur, including the latest discoveries in the field of paleontology. (Juvenile Non-Fiction – 11 checkouts)

Eragon / Christopher Paolini. – In Aagaesia, a fifteen-year-old boy of unknown lineage called Eragon finds a mysterious stone that weaves his life into an intricate tapestry of destiny, magic, and power, peopled with dragons, elves, and monsters. (Young Adult – 11 checkouts)