Find the best fiction and nonfiction books for children at the Lititz Public Library. These selections are among the best-reviewed titles of 2014.

Better Nate than Ever by Tim Federle
An eighth-grader, who dreams of performing in a Broadway musical, runs away from home and experiences a variety of catastrophes and revelations. (Middle Readers)

Eruption! Volcanoes and the Science of Saving Lives by Elizabeth Rusch
A team of brave volcanologists investigate dangerous volcanoes that pose threats to more than one billion people worldwide. (Middle Readers)

The Great American Dust Bowl by Don Brown
A graphic novel format presents the causes and results of the dust storms that devastated the Midwest in the 1930s. (Middle Readers)

How to Catch a Bogle by Catherine Jinks
In Victorian London, an orphan girl becomes the apprentice to a man who traps monsters for a living. (Middle Readers)

Lincoln’s Grave Robbers by Steve Sheinkin
In 1875, a counterfeiting ring plotted to ransom Lincoln’s body to secure the release of their ringleader from prison. (Middle Readers) 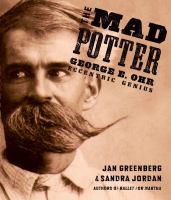 The Mad Potter: George E. Ohr, Eccentric Genius by Jan Greenberg and Sandra Jordan
At the turn of the 20th century in Biloxi, Mississippi, an inventive ceramic artist made distinctive pots that didn’t sell at the time but are now highly praised and displayed in museums. (Middle Readers)

Rooftoppers by Katherine Rundell
A pack of homeless young “rooftoppers” who never assent to the streets, assist a Victorian girl who has fled to Paris in search of her mother. (Middle Readers)

Flora & Ulysses by Kate DiCamillo
Rescuing a squirrel after an accident involving a vacuum cleaner, a girl is astonished when the squirrel demonstrates astonishing powers of strength and flight. (Middle Readers)

The Right Word: Roget and His Thesaurus by Jen Bryant and Melissa Sweet
Books were the best companions for young Peter Mark Roger who took his love of words and found a way to help people express just what they mean. (Middle Readers)

Far Far Away by Tom McNeal
A boy’s strange ability to speak to a ghost draws the interest of a classmate and the two find themselves at the center of a series of disappearances in their hometown. (Older Readers)

The Living by Matt de la Pena
After an earthquake destroys California and a tsunami wrecks the cruise ship where he is a summer employee, a teen must fight for his life. (Older Readers)

The Impossible Knife of Memory by Laurie Halse Anderson
After five years on the road a teenager and her father move back to their hometown but the horrors he experienced as a soldier in Iraq threaten to destroy their lives. (Older Readers)

This One Summer by Mariko Tamaki and Jillian Tamaki
Family conflicts and a community tragedy make this summer different for two girls who meet each year at the beach during their school break.

We Were Liars by E. Lockhart
Spending the summers on her family’s private island off the coast of Massachusetts with her cousins, a teenage girl struggles to remember what happened after a catastrophic accident. (Older Readers)