In the car or while doing household chores, audiobooks are an illuminating and enjoyable way to enhance any daily routine. These audiobooks on CD are available to borrow from the Lititz Public Library. 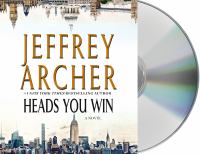 Heads You Win by Jeffrey Archer (fiction)
When his father is assassinated by the Russian KGB for defying the state, a boy and his mother realize escape offers their only chance of survival.

Nine Perfect Strangers by Liane Moriarty (fiction)
Nine people gather at a remote health resort run by a strange and charismatic leader who plans to shake up the wellness world.

A Willing Murder by Jude Deveraux (fiction)
A renowned author joins her niece in the search for justice when two skeletons are accidentally uncovered and everyone else in the small town seems eager to keep the discovery under wraps. 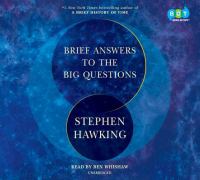 Brief Answers to the Big Questions by Stephen Hawking (nonfiction)
Known for his breakthroughs in theoretical physics and his ability to make complex concepts accessible, the author was working on this final project at the time of his 2018 death.

You Don’t Own Me by Mary Higgins Clark and Alafair Burke (fiction)
When a TV producer investigates the unsolved murder of a celebrity doctor, she becomes entangled in a web of long-buried secrets and the target of a mysterious stalker.

Becoming by Michelle Obama (nonfiction)
As the first African American to serve as First Lady, the author helped create a welcoming and inclusive White House while establishing herself as a powerful advocate for women and girls around the world. 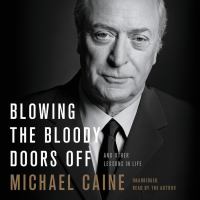 Blowing the Bloody Doors Off by Michael Caine (nonfiction)
In an enjoyable and inspiring book, the star of over 100 films shares personal and professional stories as well as everything he has learned about success.

The Dakota Winters by Tom Barbash (fiction)
In 1979, a young man back from the Peace Corps returns to his childhood home in New York City’s Dakota apartment building and is swept up in his father’s efforts to reignite a stalled career as a late-night host.

Pandemic by Robin Cook (fiction)
When an unidentified, seemingly healthy young woman collapses and dies upon reaching the hospital, a veteran medical examiner races against the clock to identify a devastating virus.

Kingdom of the Blind by Louise Penny (fiction)
The former head of the Quebec police force discovers a complete stranger has named him one of the executors of a bizarre and menacing will. 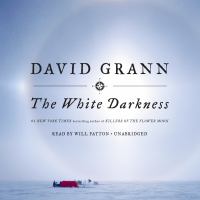 The White Darkness by David Grann (nonfiction)
In 2015, a former British special forces officer obsessed with the polar explorer Ernest Shackleton, embarked on a quest to walk solo across Antarctica.

Scarface and the Untouchable: Al Capone, Eliot Ness and the Battle for Chicago by Max Allan Collins (nonfiction)
Myth-shattering dual biography features America’s most notorious gangster and the government agent who helped bring him down.

Lethal White by Robert Galbraith (fiction)
When a troubled young man asks for help investigating a crime he thinks he witnessed as a child, a private eye sets off on a twisting trail that leads through the backstreets of London to a secretive inner sanctum within Parliament.

Remember It! by Nelson Dellis (nonfiction)
Memory improvement guide is centered on what people actually need to remember using the author’s competition-winning techniques.

Becoming Mrs. Lewis by Patti Callahan (fiction)
Fictionalized story of Joy Davidman, a New York writer and poet who began writing to C.S. Lewis in search of spiritual answers and, against all odds, found love.

The Clockmaker’s Daughter by Kate Morton (fiction)
The story begins in the summer of 1862, when a group of artists meet for a month of inspiration and creativity, but by the time their stay is over, one woman is shot dead, another has disappeared and a priceless heirloom is missing.

Poisoned Pages by Lorna Barrett (fiction)
When one of the guests at her housewarming party is poisoned and dies, a mystery bookstore owner and amateur sleuth wonders if her cooking is to blame or if there is something more sinister at play.