Looking for book club suggestions? Try one of these novels perfect for group discussion. They are available to borrow from the Lititz Public Library.

In the Kitchen by Monica Ali
Struggling to maintain his culinary integrity in a hotel restaurant, an executive chef oversees a staff of eccentric characters while pursuing his secret ambition to become the hotel’s owner.

Beat the Reaper by Josh Bazell
An unassuming doctor, once a hit man and currently a member of the Federal Witness Protection Program, runs into his past.

Fieldwork by Mischa Berlinski
Following his girlfriend to her new teaching position in Thailand, a young reporter researches the story of an American anthropologist who committed suicide in the Thai prison where she was serving a lengthy sentence for murder.

Await Your Reply by Dan Chaon
Three characters have interlocking lives – Myles seeks letters and clues in a search for his missing twin, Ryan struggles with the discovery that he is adopted and Lucy finds leaving her hometown creates unexpected consequences.

The House Girl by Tara Conklin
An ambitious first-year associate in a Manhattan law firm searches for the “perfect plaintiff” to lead a historic class-action lawsuit worth trillions of dollars in reparations for descendants of American slaves.

Queen’s Gambit by Elizabeth Freemantle
Henry VIII’s sixth wife follows through with her reluctant marriage to the egotistical and powerful king in spite of her love for Thomas Seymour.

The Widower’s Tale by Julia Glass
Enjoying his active but lonely rural life, a 75-year-old man allows a progressive preschool to move into his barn and transform his quiet home into a lively, youthful community. 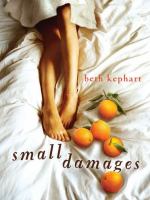 Small Damages by Beth Kephart
A pregnant eighteen-year-old girl is bitter when her mother sends her to Spain to deliver and give her baby away.

The Lowlands by Jhumpa Lahiri
Two brothers pursue vastly different lives, one in rebellion-torn Calcutta and the other in a quiet corner of America, until tragedy brings them together to heal family wounds.

The Bookman’s Tale by Charlie Lovett
A young antiquarian bookseller relocates from the U.S. to the English countryside after his wife’s death and stumbles upon a forged Shakespeare volume containing a portrait strikingly similar to his wife.

How to Read the Air by Dinaw Mengestu
Leaving behind his marriage and job in New York, the son of Ethiopian immigrants sets out to retrace his parents’ trip and weave together a family history.

Kafka on the Shore by Haruki Murakami
Two troubled souls, a fifteen-year-old runaway and an elderly man who can communicate with cats, inhabit a surreal coming-of-age novel.

Skippy Dies by Paul Murray
Why does a 14-year-old student at an elite Dublin school end up dead and what are the unplanned outcomes that result after his demise?

Out Stealing Horses by Per Petterson
Struggling to recover from the death of his wife, a 67-year-old man moves into a lonely cabin in Norway where he recollects formative events of his youth.

Mr. Penumbra’s 24-Hour Bookstore by Robin Sloan
After a layoff during the Great Recession sidelines his technology career, a man takes a job at a bookstore in San Francisco and soon realizes that the establishment is a façade for a strange secret.

This Is Where I Leave You by Jonathan Tropper
Separated from his unfaithful wife and fired from his job, a man returns home to sit shiva with his unconventional family following the death of his father.

Originally published on October 18, 2013 in the Lititz Record Express.