Readers on both sides of the Atlantic enjoy a good story. These novels, best-sellers in England, are available to borrow from the Lititz Public Library.

Saints of the Shadow Bible by Ian Rankin
Reinstated on the force, but demoted and wearing a chip on his shoulder, a detective inspector joins an internal affairs officer to solve a cold case from thirty years ago.

Be Careful What You Wish For by Jeffrey Archer
The continuing saga of the Clifton family and the Barrington Shipping Company finds wedding preparations at risk and the resignation of the chairman of the board creating upheaval.

NYPD Red 2 by James Patterson and Marshall Karp
The task force hunts a serial killer who tracks down and murders people whose crimes have not been punished hoping to find out what’s really behind the rampage.

Before I Go To Sleep by S. J. Watson
An amnesiac attempts to reconstruct her past by keeping a journal and discovers dangerous inconsistencies in the stories of her husband and her doctor.

Personal by Lee Child
Reacher partners with a rookie analyst to track down a sniper who used American bullets to shoot at the president of France.

The Children Act by Ian McEwan
A high-court judge in London takes a complex case involving a seventeen-year-old boy whose parents will not permit a lifesaving blood transfusion.

One Plus One by Jojo Moyes
A struggling mother enlists the help of a stranger to help her math-genius daughter attend an elite school.

Police by Jo Nesbo
A serial killer is targeting police officers at the scenes of crimes they once investigated, but failed to solve.

Edge of Eternity by Ken Follett
Third book in a saga featuring five families begins in 1961, when an East German teacher discovers she’s been spied on by the secret police for years.

The Bone Clocks by David Mitchell
Six narratives span the years from 1984 to the 2030s with the tale of a secret war between a cult of soul-decanters and a small group of vigilantes who try to take them down.

Bones of the Lost by Kathy Reichs
Charlotte police discover the body of a teenage girl with the ID card of a prominent local businessman who died in a fire months earlier.

The Martian by Andy Weir
Believed killed in a dust storm just days after becoming one of the first people to walk on Mars, an astronaut is left stranded by his crew with no way to signal Earth that he’s alive.

The Fortune Hunter by Daisy Goodwin
The unhappy Empress Elizabeth of Austria meets a dashing, but penniless, horseman engaged to an heiress, beginning an infatuation that endangers all their futures. 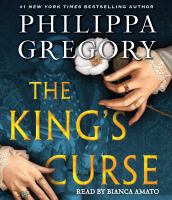 The King’s Curse by Philippa Gregory
Considered a threat to the throne by King Henry VII, Margaret Pole lives in obscurity until she is brought back to court as lady-in-waiting to Katherine of Aragon.

The Undertaking by Audrey Magee
In Germany during WWII, a young wife works her way up within the Nazi regime only to find her dreams of a prosperous future destroyed when the tide of war turns and Berlin falls.

A Song for the Dying by Stuart MacBride
When a serial killer returns after an eight-year hiatus, the detective inspector who was framed for the murders gets a chance at freedom and revenge.

Originally published on September 26, 2014 in the Lititz Record Express.