In the car, at the gym or while doing household chores, audiobooks are an enlightening and enjoyable way to enhance any daily routine. These books on CDs are available to borrow from the Lititz Public Library.

Live to See Tomorrow by Iris Johansen
A CIA operative must rescue an imprisoned woman journalist held captive by an evil man whose crimes stretch back forty years.

Cavendon Hall by Barbara Taylor Bradford
Set on the eve of WWI, this multigenerational saga follows the aristocratic Inghams and the Swan family who serve them at their grand house nestled in the Yorkshire Dales.

Still Life With Bread Crumbs by Anna Quindlen
A once-famous painter leaves her sophisticated life in New York for a quiet cabin in the country where she finds a second chance at life and love.

The Counterfeit Agent by Alex Berenson
In an Istanbul hotel, a deep-cover source warns a CIA agent that Iran intends to kill a station chief. 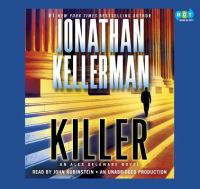 Killer by Jonathan Kellerman
A psychologist working as a police consultant becomes embroiled in a bizarre child custody dispute that erupts into cold, calculated murder. 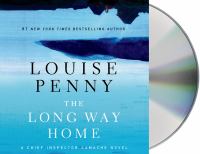 The Long Way Home by Louise Penny
A neighbor asks a retired, former Chief Inspector of Homicide to help find her missing husband.

The Goldfinch by Donna Tartt
Taken in by a wealthy family friend after surviving an accident that killed his mother, a thirteen-year-old boy tries to adjust to life on Park Avenue. 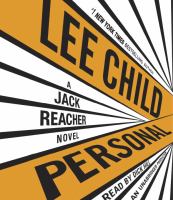 Personal by Lee Child
Once a member of the military police, a drifter is tapped to help the army locate a sniper who took a shot at the French president.

Somewhere Safe with Somebody Good by Jan Karon
After five years of retirement and an extended trip to Ireland, an Episcopal priest returns to Mitford and is offered a pulpit.

Private Down Under by James Patterson and Michael White
A bullet-riddled man staggers into the glittering launch party for a new private detective agency. 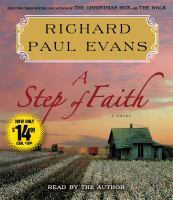 A Step of Faith by Richard Paul Evans
A man walking from Seattle to Key West meets people who teach him lessons about love, sacrifice and forgiveness.

The Heist by Daniel Silva
To save a friend accused of murder, a legendary spy and art restorer sets out to find the most famous painting in the world.

Nantucket Sisters by Nancy Thayer
Friends in Nantucket during their childhood, two women grow apart until a wealthy, Midwestern man appears and charms them both.

Cut and Thrust by Stuart Woods
Attending the Democratic National Convention, an attorney finds the First Lady running for the party nomination and learns the Secret Service has a credible threat on her life.

The Dead Will Tell by Linda Castillo
An Amish town is haunted by the ghosts of a horrendous 1975 robbery that left a man and four of his children dead, and his wife missing.

The Kill Switch by James Rollins and Grant Blackwood
A former army ranger and his military working-dog are recruited to extract a Russian biological weapons expert out of Siberia.

Killer Summer by Ridley Pearson
An explosion sparks a series of disasters when elite wine connoisseurs meet to taste and bid on the world’s best vintages.

Originally published on September 19, 2014 in the Lititz Record Express.