Best-selling author C.J. Box writes mystery novels set in the American West. Off the Grid, is the latest in his series featuring Joe Pickett, a flawed but likable and determined Wyoming game warden. In this story, Joe’s old friend Nate Romanowski is recuperating from wounds and lying low while the FBI search for him. They promise to make Nate’s criminal record disappear if he helps them destroy a domestic terror cell. Joe Pickett, however, doesn’t believe the FBI can be trusted, and he’s right.

C.J. Box fans may also enjoy these novels by authors who write with a similar style or theme. They are available to borrow from the Lititz Public Library.

The Cold Dish by Craig Johnson
After decades of peace between the white and Native American communities, a young man who was once convicted for attacking a Cheyenne girl is found dead, prompting a sheriff to investigate.

Ice Hunter by Joseph Heywood
A Conservation Officer and renowned tracker in Michigan’s Upper Peninsula defends his turf when he gets news that the despicable leader of a clan of poachers is about to be released from prison.

Buck Fever by Ben Rehder
During the week before deer hunting season, a Texas Game Warden has his hands full with poaching complaints when witnesses report a man dressed up in some sort of deer costume has been shot.

High Country by Nevada Barr
A park ranger working undercover at Yosemite National Park searches for four seasonal park employees who have disappeared, unsure whether the four are AWOL for reasons of their own or victim of foul play.

The Poacher’s Son by Paul Doiron
A game warden strikes an uneasy alliance with a retired pilot and journeys deep into the Maine wilderness in search of a fugitive.

The Big Gamble by Michael McGarrity
When a fire in an abandoned rural fruit stand reveals the murdered body of a woman who went missing from Santa Fe years ago, a police chief finds himself cooperating with his estranged son in the effort to unravel the homicide.

Between the Living and the Dead by Bill Crider
A Texas sheriff is called in the middle of the night to investigate gun shots at a haunted house and finds the body of a meth dealer recently released from jail.

Trickster’s Point by William Kent Krueger
A private investigator becomes the prime suspect when he discovers his friend, a man favored to become the first Native American elected governor of Minnesota, slowly dying with an arrow through his heart.

Misery Bay by Steve Hamilton
Two months after an apparent suicide, a private investigator who agreed to help the local police chief find answers lands in a nightmare of violence and revenge.

Better to Rest by Dana Stabenow
An Alaskan state trooper delves into the case of a downed WWII army plane found mysteriously in a frozen glacier.

Eye of Vengeance by Jonathon King
Covering the story of a murderer who was killed in front of a corrections facility, a crime reporter becomes alarmed when he realizes his own news subjects are being targeted by a serial killer.

The Fallen Man by Tony Hillerman
A recently retired Navajo Tribal Police officer believes the sniper shooting of a harmless, old canyon guide is connected to a decade-old murder that was never solved. 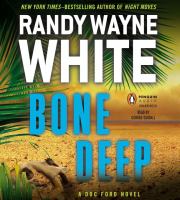