Some movies make tears nearly mandatory. These movies, available to borrow from the Lititz Public Library, will make even the most unemotional viewer whimper.

(SPOILER ALERT: The last sentence of each entry reveals a crucial element of the film.)

Shane (1953)
Shane, a drifter and retired gunfighter, assists a homestead family terrorized by a corrupt cattleman. Go ahead and cry when Shane, mortally wounded in a fight while protecting the family, rides into the sunset.

Million Dollar Baby (2004)
Frankie is a former boxing manager who reluctantly agrees to coach Maggie, a spirited young fighter and the pair forms a touching bond in the process. Go ahead and cry when paralyzed Maggie asks Frankie to help her die in peace.

Saving Private Ryan (1998)
During the D-Day invasion, a captain leads U.S. soldiers behind enemy lines on a risky mission to save a missing paratrooper whose three brothers have been killed in action. Go ahead and cry when the missing paratrooper is shown as an old man bringing his family to the captain’s grave.

Glory (1989)
Two idealistic young Bostonians lead the first black regiment to fight for the North in the Civil War, forging strong bonds with the abused and misunderstood men who make up the troop. Go ahead and cry at the climactic scenes when the entire troop is gunned down attempting to take an impenetrable fortress.

Terminator 2: Judgment Day (1991)
A cyborg is sent back in time to save a boy destined to lead freedom fighters in a nuclear-war-ravaged future. Go ahead and cry when, adopting the role of surrogate father to the young boy, the cyborg sacrifices himself with a thumbs-up.

Braveheart (1995)
William Wallace is a bold Scotsman who rallied his countrymen to liberation. Go ahead and cry when, sentenced to public death, Wallace yells “Freedom!” right before he is beheaded.

Top Gun (1986)
At the elite Navy Fighter Weapons School, brash, young pilots Maverick and Goose compete against one another in the air and on the ground. Go ahead and cry when Maverick’s recklessness gets his buddy killed during a routine training flight.

Spartacus (1960)
Spartacus is the bold gladiator slave who leads a massive slave revolt against Imperial Rome. Go ahead and cry when the defeated slave army protects the identity of its leader by individually pronouncing “I’m Spartacus!”

One Flew Over the Cuckoo’s Nest (1975)
McMurphy, a free-spirited, lifelong petty-criminal, battles a steely nurse and creates insurrection among the inmates of a mental institution. Go ahead and cry when another inmate notices McMurphy’s lobotomy scars.

Gallipoli (1981)
The irresistible lure of adventure brings two young men together in the Australian army in 1915 and they are sent to fight in the Gallipoli campaign in Turkey. Go ahead and cry when the final freeze-frame shows a stream of bullets hitting the young soldiers.

Pay It Forward (2000)
Inspired by a school project, a young man starts “paying it forward” to make the world a better place, starting a movement that spreads throughout the country. Go ahead and cry when, even though the young man loses his life, the success of the movement is revealed in a sorrowful vigil. 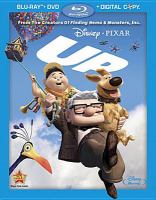 Up (2009)
Although he enjoyed his simple life as a balloon salesman when his wife was alive, Carl Fredericksen is a 78-year-old curmudgeon who is left with only memories. Go ahead and cry when Carl and his wife say goodbye to each other in a hospital room.

Originally published on May 23, 2014 in the Lititz Record Express.