Based on real people and events, these movies provide dramatic recreations of moments from the past. They are available to borrow on DVD from the Lititz Public Library.

The Post (2017)
The Pentagon Papers, documents that detailed the history of the United States’ political and military involvement in Vietnam, create a power struggle between the first female newspaper publisher in the country and the government.

Hacksaw Ridge (2016)
During the Battle of Okinawa, an army medic, the only American soldier in WWII to fight on the front lines without a weapon, saved 75 men when he singlehandedly evacuated the wounded from behind enemy lines.

All the Money in the World (2017)
In 1973, a mother attempts to convince her billionaire father-in-law to pay the $17 million ransom when her sixteen-year-old son is kidnapped.

The Greatest Showman (2017)
Rising from nothing, P.T. Barnum sets out to make a better life for his family by creating the Greatest Show on Earth, a magical experience that will be enjoyed by generations.

Darkest Hour (2017)
During the early days of WWII, the fate of Western Europe is in the hands-on the newly-appointed British Prime Minister who must decide whether to negotiate with Hitler or continue to fight against incredible odds.

Loving (2016)
In the 1960s, an interracial couple challenges their anti-miscegenation arrest for marriage in Virginia, leading to a legal battle that would end at the US Supreme Court.

Allied (2016)
In 1942, an intelligence officer in North Africa encounters a French Resistance fighter on a deadly mission behind enemy lines.

Patriot’s Day (2016)
The 2013 Boston Marathon bombing is recounted through the story of the Boston Police Commissioner and the city-wide manhunt to find the terrorists.

Tulip Fever (2017)
An artist falls for a young married woman when he’s commissioned to paint her portrait during the tulip mania of 17th century Amsterdam.

Dunkirk (2017)
In 1940, allied soldiers from Belgium, Britain, and France are surrounded by the German army but find a way to be evacuated from the French city of Dunkirk before Nazi forces can take hold.

Victoria and Abdul (2017)
Queen Victoria forms a controversial friendship with a Muslim Indian clerk who travels to England to assist with the 1887 Golden Jubilee.

The Mummy of Tutankhamun (2017)
A chance meeting between penniless, ostracized archaeologist Howard Carter and wealthy Lord Carnarvon leads to the discovery of the tomb of the boy-king Tutankhamun.

Race (2016)
Jesse Owens’ quest to become the greatest track and field athlete in history leads him to the 1936 Olympics, where he faces Hitler’s vision of Aryan supremacy.

The 15:17 to Paris (2018)
Three Americans discover a terrorist plot aboard a train bound for Paris. 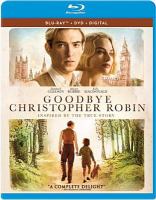 Goodbye Christopher Robin (2017)
A.A. Milne’s enchanting Winnie the Pooh stories bring hope and comfort to England after WWI, causing the eyes of the world to focus on the tales’ inspiration, his son Christopher Robin.

Everest (2015)
In 1996, two different expeditions attempting to reach the summit of the world’s highest mountain ran into one of the fiercest snowstorms ever encountered.