“Librarians are tour-guides for all of knowledge” – Patrick Ness

Did you know that the first library was founded in the 7th century B.C.”? And that the profession of librarianship has existed for over 2,000 year?  Come learn about librarians at the Lititz Public Library and celebrate National Librarian Day with your favorite library staff!

Books and Movies for Adults

The Librarian movie trilogy : Quest for the spear ; Return to King Solomon’s mines ; Curse of the Judas chalice
Quest for the spear: Flynn Carsen is hired by the Metropolitan Public Library as a librarian, not realizing that his job will be to protect historical and often magical items kept in a secret section that’s been maintained for centuries.
Return to King Solomon’s mines: When Flynn seeks King Solomon’s mines with the aid of a female archaeologist, he learns his late father’s friend ‘Uncle’ Jerry is not who he thought he was.
Curse of the Judas chalice: A series of strange dreams lead Flynn to New Orleans where he is pitted against the notorious vampire Prince Vlad Dracul.

The librarian of Boone’s hollow : a novel / Kim Vogel Sawyer. Traveling librarian ventures into the mining towns of Kentucky on horseback and rediscovers her passions in this powerful novel from the best-selling author of A Silken Thread

A delayed life : the true story of the Librarian of Auschwitz / Dita Kraus.  Dita Kraus grew up in Prague in an intellectual, middle-class Jewish family. She went to school, played with her friends, and never thought of herself as being different–until the advent of the Holocaust. Torn from her home, Dita was sent to Auschwitz with her family. From her time in the children’s block of Auschwitz to her liberation from the camps and on into her adulthood, Dita’s powerful memoir sheds light on an incredible life–one that is delayed no longer.

The library book / Susan Orlean.  Susan Orlean re-opens the unsolved mystery of the most catastrophic library fire in American history, and delivers a dazzling love letter to the beloved institution of libraries.

The Paris library : a novel / Janet Skeslien Charles.  Paris, 1939. Young, ambitious, and tempestuous, Odile Souchet has it all: Paul, her handsome police officer beau; Margaret, her best friend from England; her adored twin brother Remy; and a dream job at the American Library in Paris, working alongside the library’s legendary director, Dorothy Reeder. But when World War II breaks out, Odile stands to lose everything she holds dear–including her beloved library … Montana, 1983. Odile’s solitary existence in gossipy small-town Montana is unexpectedly interrupted by Lily, her neighbor, a lonely teenager longing for adventure. As Lily uncovers more about Odile’s mysterious past, they find they share a love of language, the same longings, the same lethal jealousy. 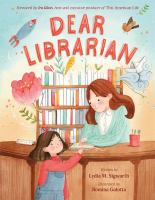 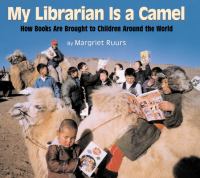 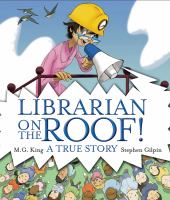 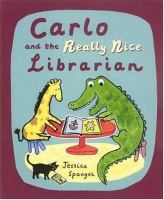 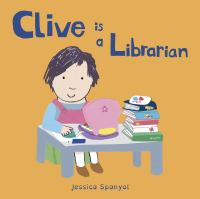 Dear Librarian / Lydia M. Sigwarth ; Romina Galotta.  In this story based on the author’s life, a young homeless girl finds a different kind of home in the library.

Librarian on the roof! : a true story / M.G. King ; illustrated by Stephen Gilpin.  The story of RoseAleta Laurell who arrived in Lockheart, Texas to be the head of the Dr. Eugene Clark Library. The library was outdated so she spent a week on the library roof to raise money and interest in the library.

Carlo and the really nice librarian / Jessica Spanyol.  When Carlo the giraffe and Crackers the cat visit the new library, they meet Mrs. Chinca, a very friendly and helpful librarian.

Mr. Lemoncello’s great library race / Chris Grabenstein.  Mr. Lemoncello holds a contest for his young friends where they must race to bring interesting facts back to his library.

The library card / Jerry Spinelli.  The lives of four young people in different circumstances are changed by their encounters with books.

Summer hours at the Robbers Library : a novel / Sue Halpern.  When fifteen-year-old, home-schooled Sunny gets arrested for shoplifting a dictionary at the local library, the judge assigns her to do community service at the library for the summer. Bright, curious, and eager to connect with someone other than her off-the-grid hippie parents, Sunny coaxes librarian Kit out of her self-imposed isolation. They’re joined by Rusty, a Wall Street high-flyer suddenly crashed to earth. As they come to terms with how their lives have unraveled, they also discover how they might knit them together again and finally reclaim their stories. Print run 20,000.

The last chance library / Freya Sampson.  June Jones emerges from her shell to fight for her beloved local library, and through the efforts and support of an eclectic group of library patrons, she discovers life-changing friendships along the way. Lonely librarian June Jones has never left the sleepy English village where she grew up. But when her library is threatened with closure, June is forced to emerge from behind the shelves to save the heart of her community