National Milk Day falls on January 11 to observe the very first time milk was delivered to homes inside sterilized glass bottles. It took until 1878 before anybody thought to fill bottles with milk and seal them with waxed paper. Before that, conditions for storing milk (let alone delivering it) were unsanitary at best and downright hazardous at worst. But now that we have the technology to pasteurize and deliver fresh milk to homes, stores, and processing facilities across the country, this most basic type of dairy is more accessible than ever before. By today’s standards, milk with its nine essential nutrients is considered a staple food, technically able to support human life without the addition of any other food groups to balance it out. (Other life-supporting foods include sourdough bread, chicken eggs, red beans, and surprisingly, beer!) Of course, most of us aren’t on a milk-only diet, but milk is our very first food as babies and often remains a common source of nutrition throughout our adult lives. For National Milk Day, we invite you to join us in celebrating the oldest and arguably the most natural food for all the mammals of the world — milk. 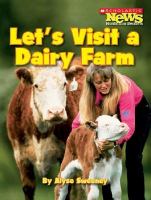 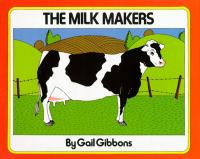 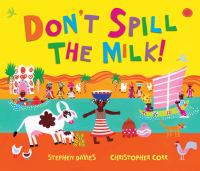 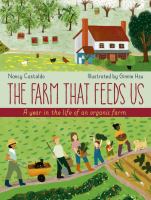 Let’s visit a dairy farm / by Alyse Sweeney.  A dairy farm is explored with information about milking cows, putting the milk in jars, chilling the milk, and sending the milk to the factory.

The milk makers / by Gail Gibbons.  In The Milk Makers, Gail Gibbons begins with the cow, describing its four-stomach method of producing milk, how it is milked on a modern dairy farm, and then how milk is transported to a dairy plant, processed, and loaded onto refrigerated trucks — with other dairy products — for delivery to stores. Step by step, Gail Gibbons’s clear, carefully researched text and crisply colorful pictures tell the wonderful story of milk.

Don’t spill the milk! / Stephen Davies, Christopher Corr.  After carrying a bowl of milk on her head across dunes and the River Niger, and even up a mountain, without spilling a drop despite many distractions, Penda gets a surprise when she arrives at the grasslands to give her father his lunch.

The farm that feeds us / Nancy Castaldo ; illustrated by Ginnie Hsu.  Where does our food come from? What role do farms play? What’s it like to be a farmer? In this charmingly illustrated book, follow a farm throughout the year to discover how the farmer grows fresh and tasty food for us to eat in a sustainable and natural way. Explore the workings of a small-scale, organic family farm and experience the rhythm of farm life. In the spring, visit the chicken coop, till the fields, and tour the farm machinery. When summer comes, plant corn, meet the pollinators, and head to the county fair. In the fall, make pies and preserves, harvest pumpkins, and put the fields to sleep. Winter activities include trimming and pruning the orchard, seed shopping, and baking bread. To conclude your year on the farm, learn what you can do to support the farmers who pick our carrots and raise the cows for our milk. A glossary defines key sustainable farming terms. Through this colorful and intimate look at life on a small-scale farm, children will learn not only how the farm feeds us, but how the farmer must feed and care for the farm. 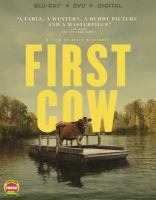 The milk lady of Bangalore : an unexpected adventure / by Shoba Narayan.  In this true story about two women and the animal they share, readers are treated to an insider’s view of India, as well as a window into our universal connection to food and its sources.

The small scale dairy : the complete guide to milk production for the home and market / Gianaclis Caldwell.  Caldwell offers readers a balanced perspective on the current regulatory environment in which raw-milk lovers find themselves. Keepers of cows, goats, or sheep will benefit from information on designing a well-functioning small dairy, choosing equipment, and understanding myriad processes, including details about the business of making milk; managing the farm to create superior milk; understanding the microbiology of milk; and risk-reduction plans to have in place prior to selling raw milk.

Milk! : a 10,000-year food fracas / Mark Kurlansky.  According to the Greek creation myth, we are so much spilt milk; a splatter of the goddess Hera’s breast milk became our galaxy, the Milky Way. But while mother’s milk may be the essence of nourishment, it is the milk of other mammals that humans have cultivated ever since the domestication of animals more than 10,000 years ago.  Profoundly intertwined with human civilization, milk has a compelling and a surprisingly global story to tell, and historian Mark Kurlansky is the perfect person to tell it. Tracing the liquid’s diverse history from antiquity to the present, he details its curious and crucial role in cultural evolution, religion, nutrition, politics, and economics.

Goat song : a seasonal life, a short history of herding, and the art of making cheese / Brad Kessler.  Acclaimed novelist Brad Kessler lived in New York City but longed for a life on the land where he could grow his own food. After years of searching for a home, he and his wife, photographer Dona Ann McAdams, found a mountain farmhouse on a dead-end road, with seventy-five acres of land. One day, when Dona returned home with fresh goat milk from a neighbor’s farm, Kessler made a fresh chèvre, and their life changed forever. They decided to raise dairy goats and make cheese. Goat Song tells about what it’s like to live intimately with animals who directly feed you.   In the tradition of Thoreau’s Walden and Annie Dillard’s Pilgrim at Tinker Creek, Goat Song is both a spiritual quest and a compelling and beautiful chronicle of living by nature’s rules

No use dying over spilled milk : a Pennsylvania Dutch mystery with recipes / Tamar Myers. Pennsylvania Dutch inn owner/amateur sleuth Magdalena Yoder finds out that her second cousin twice removed is truly lactose intolerant when he’s discovered dead in a tank of milk. But when she heads to Ohio for the funeral, she lands smack in the middle of a war between powerful cheesemakers–not to mention gallons of trouble and murder!