Cats are delightful and friendly creatures, regardless of their color. Forget about the old superstitions and give black cats the love they deserve! 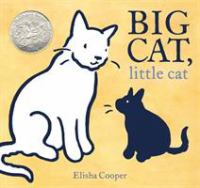 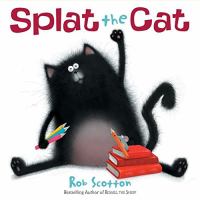 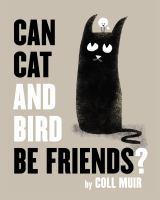 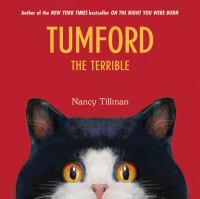 Jane on Her Own: A Catwings Tale by Ursula K. Le Guin (J PB LEGUIN)

When Jane, a cat with wings, leaves the safety of her farm to explore the world, she falls into the hands of a man who keeps her prisoner and exploits her for money.

A story of friendship begins, following the two cats through their days, months, and years until one day, the older cat has to go. And he doesn’t come back.

A nervous Splat finds his first day at Cat School much better than he expected.

The top cat in a household is reluctant to accept the arrival of a new kitten but decides to share various survival secrets with it.

Can Cat and Bird Be Friends? by Coll Muir (E MUIR)

Instead of eating Bird, Cat decides that friendship is better, but will the pair find something in common?

Even though Tumford the cat is well loved by George and Violet Stoutt, they despair of ever teaching him to apologize when he does something wrong.

Discover in Spanish a series of increasingly far-fetched events might occur if someone were to give a cupcake to a cat.

Kitty temporarily sets aside her plans for world domination to accompany her beloved Uncle Murray to Love Love Angel Kitty World, which proves to be adventurous in unexpected ways.

Mouse shows Cat how to grow pumpkins, then turns one into a surprise. Includes facts about growing pumpkins.

When a box arrives on Peter’s doorstep, he opens it to find Bruno, a cat who is standing up on two legs. It is very odd. Bruno likes to chew bubble gum, play house, and skateboard–and refuses to engage in any catlike behavior. But Peter likes Bruno, and so they become friends.

Close Encounters of the Furred Kind by Tom Cox (636.8 COX)

Close Encounters of the Furred Kind begins with a long, emotional goodbye to Norfolk, and continues with another amazing new lease on life for The Bear, the Benjamin Button of the cat world, among the bluebells and verdant hedgerows of Devon. Readers who became attached to The Bear’s magical, owlish persona during his previous adventures will become more so here as he proves, once again, that he’s a cat with endless secrets and significantly more than nine lives.

A pet rescue volunteer and literacy outreach coordinator describes her relationship with a three-pound blind cat whose daredevil character and affectionate personality saw the author through six moves, a burglary, and the healing of her broken heart.

Hired to look into who is sabotaging cat shows in the state, Sarah, along with Charlotte’s Angels, finds things getting hairy when murder enters the competition, and must pounce on the killer before it’s too late.

It’s a crisp, early October weekend, and business is slowing down as fall descends at the Sherlock Holmes Bookshop and Emporium. A wealthy philanthropist and prominent Sherlockian has rented Suffolk Gardens House, where he plans to entertain his friends in a traditional English country house weekend. It quickly becomes apparent that his guests don’t like each other–or their host. Soon a poisoned dart sails through the window of the library, creating a true three-book problem.

Jury investigates the death of a young escort who has been murdered behind a local pub. The only witness is the establishment’s black cat, who gives neither crook nor clue as to the girl’s identity or her killer’s.