Readers looking for books to satisfy their curiosity will find plenty of choices in the nonfiction collection at the Lititz Public Library.

Gulp: Adventures on the Alimentary Canal by Mary Roach
An exploration of eating and what happens inside our body after meals includes explanations of why crunchy foods are appealing, how much can be eaten before a stomach bursts and what killed Elvis.

The Still Point of the Turning World by Emily Rapp
When her child was diagnosed with Tay-Sachs disease, a rare and fatal degenerative disorder, the author and her husband were forced to reevaluate their lives.

The Secretary: A Journey with Hillary Clinton from Beirut to the Heart of American Power by Kim Ghattas
A half-Dutch and half-Lebanese BBC reporter developed a unique perspective of the world after arriving in the U.S. in 2008 to cover the State Department.

Going Clear: Scientology, Hollywood, and the Prison of Belief by Lawrence Wright
The author investigates the influence and activities of the Church of Scientology, a movement developed by science-fiction writer L. Ron Hubbard in the 1950s.

The Girls of Atomic City: The Untold Story of the Women Who Helped Win World War II by Denise Kiernan
During WWII young women from across the South were recruited to work in Oak Ridge, Tennessee, a town created in 1942 to support the enrichment of uranium for the atomic bomb.

Salt, Sugar, Fat: How the Food Giants Hooked Us by Michael Moss
The author traces the rise of processed foods, believing deliberate corporate practices allow the food industry to control the world’s diet, creating trends in obesity, diabetes and other health problems.

Shouting Won’t Help: Why I – and 50 Million Other Americans—Can’t Hear You by Katherine Bouton
New York editor explores the invisible disability of deafness from personal, psychological and physiological perspectives.

The Way of the Knife: The CIA, a Secret Army, and a War at the Ends of the Earth by Mark Mazzetti
The military and CIA have changed the way war is waged, using drones and special operation forces for clandestine operations and strategic assassination missions.

Stranger Here: How Weight Loss Surgery Transformed My Body and Messed With My Head by Jen Larsen
Although she doesn’t regret having weight-loss surgery, the author relates personal experiences that illustrate the emotional confusion that followed losing 180 pounds.

The Good Nurse: A True Story of Medicine, Madness, and Murder by Charles Graeber
A family man and dedicated caregiver, registered nurse Charlie Cullen has been implicated in the deaths of as many as 300 patients in his sixteen-year career.

Trident K9 Warriors: My Tales from the Training Ground to the Battlefield with Elite Navy SEAL Canines by Mike Ritland with Gary Brozek
The owner of a company that supplies dogs for the government and Department of Defense describes how the dogs are trained and the extreme missions they undertake. 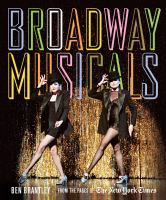 Broadway Musicals: From the Pages of the New York Times by Ben Brantley
Photographs accompany the original reviews of the 119 most important Broadway musical productions of the last century.

Keep It Pithy: Useful Observations in a Tough World by Bill O’Reilly
A collection of classic writings from previous books and columns includes how O’Reilly’s opinions and ideas have been proven right or wrong over time.

Blood, Bones, and Butter: The Inadvertent Education of a Reluctant Chef by Gabrielle Hamilton
Experiences during childhood and early adulthood allowed the owner of Prune in New York City to make the bold move of opening a restaurant without prior experience as a chef.

Originally published on June 7, 2013 in the Lititz Record Express.