Readers who think nonfiction is difficult to read and not very entertaining are in for a surprise. These nonfiction titles are as entertaining as they are informative and they’re available to borrow from the Lititz Public Library.

Zealot: The Life and Times of Jesus of Nazareth by Reza Aslan
The life of Jesus is examined through the events of first-century Palestine, an age that saw many prophets, preachers and would-be messiahs.

Going Clear: Scientology, Hollywood and the Prison of Belief by Lawrence Wright
The Church of Scientology uses its great wealth in a struggle to find legitimacy after the death of founder L. Ron Hubbard.

A Spy Among Friends: Kim Philby and the Great Betrayal by Ben Macintyre
Philby rose to the head of Britain’s counterintelligence agency during the Cold War, building high-profile friendships and running a twenty-year espionage operation that culminated in his 1963 defection to Moscow.

Death in the City of Light: The Serial Killer of Nazi-Occupied Paris by David King
A respected doctor who tortured and dismembered his victims was hunted down by the French homicide squad during the WWII Nazi occupation of Paris.

The Journal of Best Practices: A Memoir of Marriage and Asperger Syndrome and One Man’s Quest to Be a Better Husband by David Finch
Five years into his marriage the author learned he has Asperger syndrome, a diagnosis that explained the quirks and compulsions that negatively affected his relationships with his wife and daughter.

Born to Run: A Hidden Tribe, Superathletes and the Greatest Race in the World Has Never Seen by Christopher McDougall
The Tarahumara Indians of Copper Canyon, Mexico, the world’s greatest distance runners, join an odd band of super-athletic Americans in a fifty-mile race.

The Boys in the Boat: Nine Americans and Their Epic Quest for gold at the 1936 Berlin Olympics by Daniel James Brown
The University of Washington’s 1936 Olympics eight-oar crew transformed the sport with their enigmatic coach, a visionary boat builder and a homeless teen rower.

The Telling Room: A Story of Love, Betrayal, Revenge and the World’s Greatest Piece of Cheese by Michael Paterniti
The author heard the story of mythical Spanish cheese and decided to find out if the odd and compelling tale was true.

A Train in Winter: An Extraordinary Story of Women, Friendship and Resistance in Occupied France by Caroline Moorehead
Two hundred and thirty women of the French Resistance were hunted down by the Gestapo in January 1943 and sent to Auschwitz.

Empire of the Summer Moon: Quanah Parker and the Rise and Fall of the Comanches, the Most Powerful Indian Tribe in American History by S.C. Gwynne
The history of the Comanches is told through the saga of a pioneer woman and her mixed-blood son who became their last and greatest chief.

One Summer: America, 1927 by Bill Bryson
America was full of optimism and energy during the summer of 1927 when personalities like Charles Lindberg and Babe Ruth stole the headlines. 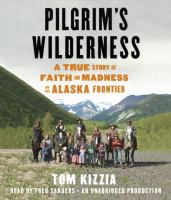 Pilgrim’s Wilderness: A True Story of Faith and Madness on the Alaska Frontier by Tom Kizzia
Robert “Papa Pilgrim” Hale led an antiestablishment settlement in remote Alaska where he exposed his wife and fifteen children to a cult-like prison.

Under and Alone: The true Story of the Undercover Agent Who Infiltrated America’s Most Violent Outlaw Motorcycle Gang by William Queen
The author spent over two years as an undercover agent with the Mongols, documenting their violent crimes and profiling individual gang members.