In most legal thrillers, defense attorneys hold the spotlight as they fight to clear unjustly accused characters. These novels, available to borrow from the Lititz Public Library, tell the other side of the story, featuring prosecutors who represent the public against those accused of breaking the law. 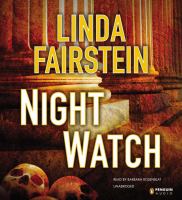 Night Watch by Linda Fairstein
NYC prosecutor discovers that a murder linked to her boyfriend may be related to the case of a distinguished diplomat accused of attacking a maid in his hotel.

Defending Jacob by William Landay
When his 14-year-old son is charged with the murder of a fellow student, an assistant district attorney is torn between loyalty and justice as facts come to light that lead him to question how well he knows his own son.

Break and Enter by Colin Harrison
A Philadelphia assistant district attorney lands a double homicide case involving the mayor’s nephew and his girlfriend.

Guilty by Karen Robards
Sixteen years after participating in a robbery that left a police officer dead, a district attorney and single mom is shocked to learn that she is to prosecute one of her co-conspirators who threatens exposure if she does not prevent his conviction.

The Finishing School by Michele Martinez
When two teenagers from a posh East Side girl’s school turn up dead under suspicious circumstances, it falls to a savvy federal prosecutor to undercover the truth.

Devil’s Corner by Lisa Scottoline
A neophyte assistant district attorney embarks on a dangerous campaign to protect her confidential informant after a routine meeting results in a bloodbath and the death of her partner.

Hoax by Robert K. Tanenbaum
Investigating the apparent gang-related murder of a rap star, a prosecutor finds himself enmeshed in the shady side of New York City politics.

Blood on the Leaves by Jeff Stetson
When a respected professor is accused of murdering two racists, political bosses assign the city’s only African American assistant DA to act as lead prosecutor.

Grudge Match by Jay Brandon
Was a police conspiracy behind the San Antonio district attorney’s conviction of a police officer for taking part in an armed robbery?

Guilt by Degrees by Marcia Clark
The deputy district attorney takes the case of a murdered homeless man and soon realizes the case is connected to the death of an LAPD cop a year earlier.

The Woods by Harlan Coben
When a county prosecutor investigates a recent homicide he unearths evidence linked to his sister’s disappearance from summer camp twenty years ago.

Blood of Angels by Reed Arvin
Struggling to maintain a sense of purpose in a Tennessee county that has been changed by ten years of immigration, a prosecutor tackles a difficult case involving a Sudanese murder suspect and racially charged locals.

Discretion by Allison Leotta
An assistant US attorney teams up with a brash FBI agent to examine clues implicating a powerful elected official in the death of a high-paid escort at the US Capitol building.

Conflict of Interest by Nancy Taylor Rosenberg
A Southern California prosecutor’s case against a group of young thugs for robbery turns into something more complicated when one of the group, a developmentally disabled boy, goes missing. 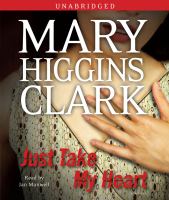 Under Oath by Margaret McLean
When a gangster from an insular Boston neighborhood is charged with murder, a prosecutor struggles to crack the region’s code of silence.

Close Case by Alafair Burke
While investigating the death of a hotshot investigative reporter, a deputy district attorney becomes caught in the middle of an escalating battle between the DA’s office and the police.

Just Take My Heart by Mary Higgins Clark
An assistant district attorney takes the lead in prosecuting a theatrical agent accused of murdering his Broadway-star wife.

Originally published on March 22, 2103 in the Lititz Record Express.