Summer road-trips are a great reason to borrow an audiobook from the Lititz Public Library.

Banana Cream Pie Murder by Joanne Fluke
When her mother’s neighbor, a renowned stage actress, is murdered, a baker-turned-amateur-sleuth investigates.

Lady Susan by Jane Austen
A short novel in the form of letters follows a beautiful widow in search of a new husband for herself and a suitable match for her eligible daughter.

Ring of Fire by Brad Taylor
A terrorist plot, involving simultaneous attacks across the country, is about to unfold and Taskforce operatives set out to prevent the threat. 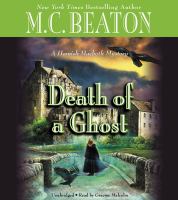 Death of a Ghost by M.C. Beaton
Reports of strange occurrences in a nearby castle send a Scottish police sergeant for a night at the ruins to find the underlying cause of the rumors.

Below the Belt by Stuart Woods
A debonair lawyer receives a call from an old friend requesting a delicate favor.

A Piece of the World by Christina Baker Kline
Born in the home where her family lived for generations and increasingly incapacitated by illness, Christina Olson became the inspiration for one of artist Andrew Wyeth’s best-known paintings.

Rush of Blood by Mark Billingham
After meeting while vacationing in Florida, three British couples stay in touch and discover unsavory secrets that may have something to do with the murder of a teenager who stayed in the same resort. 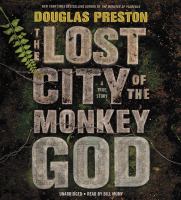 The Lost City of the Monkey God: A True Story by Douglas Preston (nonfiction)
The author and a team of scientists follow the trail of journalist Theodore Morde, who in 1940 returned from Honduras claiming to have located a lost city of immense wealth and promptly committed suicide without revealing its location.

Heartbreak Hotel by Jonathan Kellerman
A child psychologist is coerced into meeting a charming, witty, nearly one hundred-year-old woman with unsettling questions.

Man Overboard by J.A. Jance
When a brilliant software engineer on an upscale cruise falls to his death from the balcony of his stateroom, his aunt turns to her friend, an amateur sleuth, for help.

In This Grave Hour by Jacqueline Winspear
Just after England declares war on Germany, a psychologist and private investigator stumbles on the deaths of a group of refugees, prompting her suspicions that the enemy is closer than anyone knows.

The Prisoner by Alex Berenson
Evidence is mounting that someone high up in the CIA is passing messages to ISIS and alerting them to planned operations. 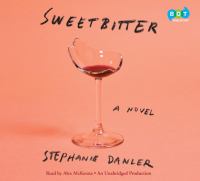 Sweetbitter by Stephanie Danler
Follow a year in the life of a young woman who stumbles into a coveted job at a New York restaurant.

Thursday’s Children by Nicci French
When a former classmate begs for help with her teenage daughter, a London psychotherapist agrees to help but is confronted with an eerily similar incident from her own past.

Bill O’Reilly’s Legends and Lies: The Patriots by David Fisher (nonfiction)
Viewed through the lives of the leaders of the Revolutionary War, tales show a combination of resourcefulness, strategy and luck led to the country’s creation.