Pair a feature film with a history book to add depth and insight to the dramatization of war. The DVDs and books are available at the Lititz Public Library.

American Sniper (2014)
A Navy sniper in Iraq becomes a prime target of insurgents and faces a different kind of battle on the home front.
Way of the Reaper: My Greatest Untold Missions and the Art of Being a Sniper by Nicholas Irving
The systematic account of how a sniper works illustrates some of the author’s boldest missions in Iraq and Afghanistan.

Lawrence of Arabia (1962)
T.E. Lawrence, a heroic and troubled man, organized the Arab nations to fight the Turks in WWI and at the height of his influence, retired to postwar military obscurity.
Lawrence in Arabia: War, Deceit, Imperial Folly and the Making of the Modern Middle East by Scott Anderson
A chronicle of WWI’s Arab Revolt explores the pivotal roles of a small group of adventurers and low-level officers who orchestrated a secret effort to control the Middle East.

The Great Escape (1963)
In 1942, the troublemakers in a high-security German prisoner-of-war camp are determined to pull off the war’s most daring escape.
Zero Night: The Untold Story of World War II’s Greatest Escape by Mark Felton
Using wooden ladders and bridges previously disguised as bookshelves, in August 1942, a highly coordinated POW escape effort succeeded, sending 36 men into the German countryside.

Full Metal Jacket (1987)
Vietnam War drama begins with a depiction of Marine Corps training and shifts to the efforts of a group of Marines responding to the Tet Offensive of 1968.
Things I’ll Never Forget: Memories of a Marine in Vietnam by James M. Dixon
A 1965 high school graduate tells the story of the Marine Corps in the late 1960s, when 500,000 Americans were serving one-year tours in battle-torn South East Asia.

Inglourious Basterds (2009)
A group of guerilla soldiers known as “The Basterds”, chosen to spread fear throughout the Third Reich, plots to kill Hitler at a movie premier.
The Plots Against Hitler by Danny Orbach
Soon after Hitler became Chancellor of Germany in 1933, conspirators emerged who would try repeatedly to end the Fuhrer’s rein.

Hell in the Pacific (1968)
During WWII, two pilots, one American and one Japanese, crash on a small-uninhabited island in the Pacific Ocean where they must cooperate in order to survive.
Counting the Days: POWs, Internees and Stragglers of World War II in the Pacific by Craig B. Smith
The struggles of six prisoners on both sides of WWII are described, including a U.S. citizen who was confined in a detention camp and a Japanese soldier who hid in the Guam jungles until fifteen years after the war.

Lone Survivor (2013)
Enemy forces ambush four Navy SEALS on an ill-fated, covert mission to neutralize a high-level Taliban operative.
Navy SEALs: Their Untold Story by Dick Couch and William Doyle
A definitive history reveals the inside story of Navy SEAL combat operations, from the frogmen of WWII to their prominence in Iraq and Afghanistan after 9/11.

Fury (2014)
In April 1945, a battled-hardened army sergeant commands a Sherman tank and her crew on a deadly mission behind enemy lines.
Ardennes 1944: Hitler’s Last Gamble by Antony Beevor
In December 1944, believing he could split the Allies by driving all the way to Antwerp, Hitler began an offensive into the snow-covered forests and gorges of the Ardennes.

Gettysburg (1993)
Drama depicts the events and personal struggles of the Union and Confederate soldiers at the Battle of Gettysburg.
Pickett’s Charge: A New Look at Gettysburg’s Final Attack by Phillip Thomas Tucker, Ph.D.
On the third day of the Gettysburg battle, General Lee’s infantry assault, consisting of nine brigades of soldiers in a line that stretched over a mile, resulted in casualties of over 50% for the Confederates and a huge psychological blow to Southern morale. 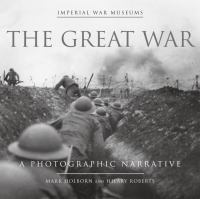 Gallipoli (1981)
The irresistible lure of adventure brings two young men together in the Australian army in 1915, and they are sent to fight in the Gallipoli campaign in Turkey.
The Great War: A Photographic Narrative by Mark Holborn and Hilary Roberts
Many never before seen photographs illustrate WWI, including the first battle of Ypres, German submarines at sea, the beaches of Gallipoli, the battle of the Somme trenches and more.