Spice up your holiday travels with a thrilling audiobook on CD. These suspenseful titles and many more are available to borrow from the Lititz Public Library. 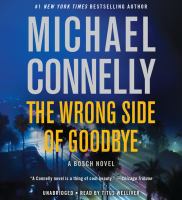 The Wrong Side of Goodbye by Michael Connelly
A private investigator, with thirty years on the LAPD behind him, takes the case of a reclusive billionaire with less than six months to live in search of his missing heir.

The Couple Next Door by Shari Lapena
When a terrible crime is committed, suspicion falls on a seemingly ideal couple, but a police detective believes the panicked pair is hiding a secret.

Seduced by Randy Wayne White
Trouble begins for a Florida fishing guide and part-time investigator when word leaks that she’s searching the backcountry for samples of original orange-tree root stock to fight a blight ravaging the industry. 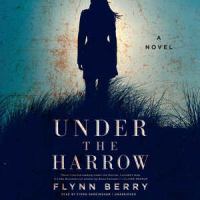 Under the Harrow by Flynn Berry
Planning a visit with her sister in the countryside, a young woman discovers a brutal murder with ties to a shocking incident in their past.

Closed Casket by Sophie Hannah and Agatha Christie
Hercule Poirot investigates when one of the world’s most beloved children’s authors decides to cut off her two children without a penny and leave her fortune to an invalid with only weeks to live.

Where It Hurts by Reed Farrel Coleman
When the police department doesn’t seem interested, an ex-con seeks help from a former cop to look into the death of his drug-addict son. 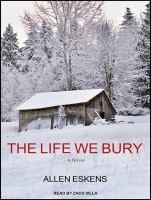 The Life We Bury by Allan Eskens
An ordinary writing assignment for a college English class brings a young man face-to-face with a dying Vietnam veteran who is also a convicted murderer.

Splinter the Silence by Val McDermid
A psychologist enlists the help of a former police detective in his investigation of the suspicious suicides of several women who had been victims of cyberbullying.

Missing by James Patterson
The world’s top detective agency investigates the disappearance of the CEO of a high-profile research company, but they aren’t the only ones looking and powerful figures want him to stay lost.

Pirate by Clive Cussler and Robin Burcell
A husband-and-wife treasure-hunting team face a determined adversary as they search for an 800-year-old cypher wheel.

Home by Harlan Coben
A decade after kidnappers grabbed two boys from wealthy families, demanded ransom and then went silent, a sports agent and his friend believe they have located one of the boys, now a teenager.

Knit Your Own Murder by Monica Ferris
A local knitter participating in a fundraising auction keels over halfway through the event and is pronounced DOA at the hospital, a victim of poison.

Rise Dark by Michael Koryta
Returning to the Florida country road where his wife was murdered, a private investigator uncovers disturbing leads that show her murder might be connected to his own troubled youth in Montana.

Apprentice in Death by J.D. Robb
It’s up to a police lieutenant to find out the connection between the murder of three people at Central Park’s ice skating rink.

The Sixth Idea by P.J. Tracy
A group of eccentric computer geniuses who devote their time and resources to helping the police solve crimes, investigates the deaths of two friends, murdered on the same night, two hours and several miles apart. 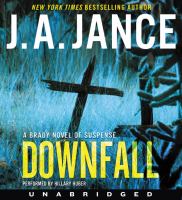 Downfall by J.A. Jance
An Arizona sheriff wonders if the puzzling case of two women who fell to their deaths from a nearby peak is a case of murder/suicide or double homicide.

Thrice the Brinded Cat Hath Mew’d by Alan Brady
When the vicar’s wife asks her to deliver a message to a reclusive wood-carver, a twelve-year-old amateur detective doesn’t expect to stumble upon the man’s body hanging upside-down on the back of his bedroom door.