There’s a book for every curious reader at the Lititz Public Library. These absorbing nonfiction books are recent additions to the collection. 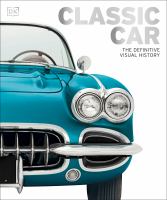 Classic Car: The Definitive Visual History
More than 250 iconic models from the 1940s to the 1980s illustrate the story of classic cars, including catalogs of key features and profiles of famous designers and manufacturers.

Of Arms and Artists: The American Revolution Through Painter’s Eyes by Paul Staiti
The lives of five great American artists of the Revolutionary period were as eventful as the dramatic battle scenes and historic moments they painted.

Door to Door: The Magnificent, Maddening, Mysterious World of Transportation by Edward Humes
Using interviews, data, and an exploration of ports, traffic control centers, and research labs, the author breaks down the complex worldwide movement of humans, goods, and machines.

The Greeks: An Illustrated History by Diane Harris Cline
A comprehensive and accessible history of Ancient Greece explores the rise and fall of the empire and its powerful legacy for the modern world. 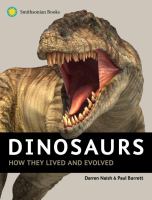 Dinosaurs: How They Lived and Evolved by Darren Naish and Paul Barrett
Leading paleontologists trace the evolution, anatomy, biology, ecology, behavior and lifestyle of one of the most spectacular groups of animals that have ever existed.

The Time Traveler’s Handbook: 18 Experiences from the Eruption of Vesuvius to Woodstock researched and written by James Wyllie, Johnny Acton and David Goldblatt
Citing where to eat, what to wear and how to act like a local, the authors provide a front-row seat to some of the greatest moments in the human timeline.

The Rise and Fall of American Growth: The U.S. Standard of Living Since the Civil War by Robert J. Gordon
Economic growth since the Civil War is examined, suggesting the rate of growth between 1870 and 1970 cannot be repeated and a number of issues are stagnating a slow rate of productivity growth.

The Dream of Enlightenment: The Rise of Modern Philosophy by Anthony Gottlieb
In a relatively short period, from the early 1640s to the French Revolution, Descartes, Hobbes, Spinoza, Locke, Leibniz and Hume tried to understand the implications science and religious upheaval, leading them to question traditional teachings and attitudes.

The Amish: A Concise Introduction by Steven M. Nolt
Drawing on more than twenty years of fieldwork and collaborative research, the author presents an understanding of the complexities of the Amish community’s ability to operate within modern America while standing apart from the world.

The Silk Roads: A New History of the World by Peter Frankopan
From the rise and fall of empires, to the advent of Christianity and Islam and the great wars of the twentieth century, the fate of the West has always been linked to the East.

Yellowstone: A Journey Through America’s Wild Heart by David Quammen
Photos, sidebars and graphics take readers on a journey through the first national park’s inspiring and imperiled ecosystem.

A Million Years in a Day: A Curious History of Everyday Life from the Stone Age to the Phone Age by Greg Jenner
Structured around one ordinary day, the author explores the origins and development of the most intriguing, surprising and silly daily practices we take for granted.

Hidden Life in Trees: What They Feel, How They Communicate by Peter Wohlleben
A forester makes the case that trees are like human families with parents supporting their children as they grow and warning one another of impending dangers.

Northmen: The Viking Saga, AD 793-1241 by John Haywood
As Norse warriors left their strongholds to trade, raid and settle across wide areas of Europe, Asia and the North Atlantic, their culture left an imprint on medieval history, and by the year 1200 their pagan origins had become part of Latin Christendom.

How to Read Water: Clues and Patterns from Puddles to the Sea by Tristan Gooley
Gleaned from his sailing, navigating, and walking experiences, the author shares fascinating skills such as how to determine north using puddles, forecast the weather from waves, decode the colors of ponds, and more.

Welcome to the Universe: An Astrophysical Tour by Neil DeGrasse Tyson, Michael A. Strauss, and J. Richard Gott
Inspired by their Princeton course, the authors share knowledge about the latest astrophysics discoveries, from our home solar system to the outermost frontiers of space.