There is no shortage of fiction that celebrates the love of books. Here are some books available at the Lititz Public Library in which libraries, bookstores, or books in general play a major role, for readers of all ages. 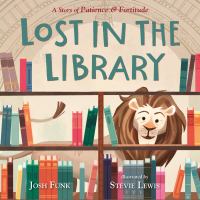 “Lost in the Library: A Story of Patience and Fortitude” by Josh Funk
The New York Public Library is about to open, but one of the lions is missing. Fortitude reminisces about his fun times with Patience as he wanders through the library in search of his lost friend.

“Madeline Finn and the Library Dog” by Lisa Papp
In this story of perseverance, a young girl who struggles with reading out loud gains confidence once she starts reading to a library dog.

“Bats at the Library” by Brian Lies
After hours, a group of bats pay a visit to a library for a fun night of storytelling and using the library’s many resources.

“The Forbidden Library” by Django Wexler
A girl is sent to live with her mysterious uncle at an estate with a library she is forbidden to enter. But curiosity, along with a talking cat, lead her to explore a library filled with magical books.

“The Library of Ever” by Zeno Alexander
Summer is boring for Lenora, stuck at home while her parents are traveling around the world, until she discovers a magical library where she can travel into the future and into outer space—and she even becomes an apprentice librarian.

“The Island of Dr. Libris” by Chris Grabenstein
A boy finds an island at his summer camp where characters from books are brought to life by the inventor Dr. Libris.

“The Binding” by Bridget Collins
Where Emmett lives, books are not only magical, but they are forbidden… at least they are for Emmett until he is summoned to become a bookbinder and learns how to make books that can trap memories.

“The Printed Letter Bookshop” by Katherine Reay
When Madeline inherits her aunt’s bookshop, her first instinct is to sell it, but there are others who are deeply attached to the old bookshop.

“The Little Paris Bookshop” by Nina George
The owner of a bookstore on a barge views novels as medicine, and sells them based on the emotional needs of his customers. Distressed by his own brokenness, he sets out on a journey to mend from the pains of his past.

“The Alexandria Link” by Steve Berry
Not even retirement means rest from elite operatives for Cotton Malone. His expertise knowledge has him targeted by an anonymous source desiring to find the library of Alexandria—a source that has burned his bookshop and kidnapped his son.

“The Bookshop of Yesterdays” by Amy Meyerson
A woman inherits a failing bookstore from her uncle whom she has not seen for 16 years and, through cleverly hidden clues, discovers secrets about her family.

“The Book of Air and Shadows” by Michael Gruber
An intellectual property lawyer gets entangled in a series of deadly events that starts with a fire in a bookstore in this thriller that is part contemporary and part Shakespearean.

“The Bookshop on the Corner” by Jenny Colgan
Nina is adjusting to a new life—she went from being a city librarian to driving a bookmobile through small neighborhoods. It’s rough at first… but perhaps change is good.

“The Bookstore” by Deborah Meyler
A part-time job at a used bookstore in Manhattan becomes an escape and a lifeline for an art history student struggling to stay afloat after she gets dumped by her wealthy boyfriend, right when she finds out she is pregnant.