It’s National Notebook Day—so scribble away, get creative, and organize your thoughts! If the blank page intimidates you, why not check out some books that celebrate notebooks, diaries, and journals, instead? 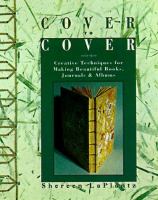 “Even a beginner can start right out producing uniquely charming and elegant journals, albums, scrapbooks, and more. Envision handmade books to hold your writings, poems, photos, and keepsakes. More than 170 photos to inspire, and hundreds of illustrations to guide readers through the basics of an almost infinite variety of imaginative styles.”

Piranesi lives in a mysterious oceanic labyrinth and cannot remember life beyond it. He has always been a meticulous notetaker, however, and his old journals offer clues to a completely different past existence.

The Book of Secrets by Elizabeth Joy Arnold

“After more than twenty years of marriage, Chloe Sinclair comes home one night to find that her husband, Nate, is gone. All he has left behind is a cryptic note explaining that he’s returned to their childhood town, a place Chloe never wants to see again. While trying to reach Nate, Chloe stumbles upon a notebook tucked inside his antique copy of The Lion, the Witch and the Wardrobe. Written in code, the pages contain long-buried secrets from their past, and clues to why he went home after all these years.”

The Notebook by Nicholas Sparks

“In a Southern nursing home, an 80-year-old man reads from his diary to his wife, suffering from Alzheimer’s. It’s the story of their teenage romance, followed by years of separation because he was from the wrong class, followed by her decision, on his return from World War II, to be her own woman and marry him.”

The Diary by Eileen Goudge

“When the two grown daughters of Elizabeth Marshall discover an old diary of their mother’s in her attic, it comes as a shock to learn that the true love of Elizabeth’s life was not their father.” 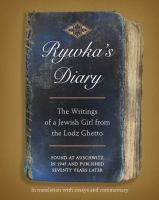 Rywka’s diary : the writings of a Jewish girl from the Lodz Ghetto, found at Auschwitz in 1945 and published seventy years later

“After more than seventy years in obscurity, the diary of a teenage girl during the Holocaust has been revealed for the first time. Rywka’s Diary is at once an astonishing historical document and a moving tribute to the many ordinary people whose lives were forever altered by the Holocaust. At its heart, it is the diary of a girl named Rywka Lipszyc who detailed the brutal conditions that Jews in the Lodz ghetto, the second largest in Poland, endured under the Nazis: poverty, hunger and malnutrition, religious oppression, and, in Rywka’s case, the death of her parents and siblings. Handwritten in a school notebook between October 1943 and April 1944, the diary ends literally in mid-sentence. What became of Rywka is a mystery.” 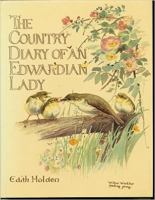 The country diary of an Edwardian lady, 1906 : a facsimile reproduction of a naturalist’s diary by Edith Holden

“In January of 1906, Edith Holden made the first entry in a diary which was to record the countryside through the changing seasons. There are beautiful paintings on every page of birds, butterflies, bees, and flowers reflect her deep love nature. She allowed no one to see this for seventy years.”

“In her mid-thirties, still single and still being set up with dates by her mom, Bridget decides she needs to make a change in her life. She falls for her boss who uses her and then dumps her. In the meantime, Bridget keeps running into the divorced guy her mom tried to set her up with, and he happens to be ex-friends with her boss. She uses her diary as a confessional and she begins to wonder if she will ever find true love.”

Anne Frank: The Diary of a Young Girl

“Discovered in the attic in which she spent the last years of her life, Anne Frank’s remarkable diary has since become a world classic—a powerful reminder of the horrors of war and an eloquent testament to the human spirit.”

Alexander has just moved into Stermont, but the elementary school is being torn down, his new classroom is located in the hospital morgue, a notebook he finds is full of information about monsters—and everywhere he turns there are spooky balloon men determined to attack him.

Voyage on the Great Titanic: The Diary of Margaret Ann Brady by Ellen Emerson White

“In her diary in 1912, thirteen-year-old Margaret Ann describes how she leaves her lonely life in a London orphanage to become a companion to a wealthy American woman, sails on the Titanic, and experiences its sinking.”

“Being a kid can really stink. And no one knows this better than Greg Heffley. It’s a new school year, and Greg finds himself thrust into middle school, where undersized weaklings share the hallways with kids who are taller, meaner, and already shaving. The hazards of growing up before you’re ready are uniquely revealed through words and drawings as Greg records them in his diary.”

Diary of a Wombat by Jackie French

“In his diary, a wombat describes his life of eating, sleeping, and getting to know some new human neighbors.”

Writing Radar: Using Your Journal to Snoop Out and Craft Great Stories by Jack Gantos

“Bursting with practical tips and tricks, such as creating actual story-finding maps of your neighborhood, this book will help you build confidence and establish good writing habits as you learn to use a journal to snoop out plots full of action and emotion… As Jack shows you how to shape your rough ideas, organize plots, and polish drafts to shiny perfection, he also shares his own missteps—and ultimate success—as a would-be writer in middle school.”