Tap dance was born in the United States in the early 19th century through a blending of African and Irish American dance forms and early tap shoes Early tap shoes had wooden soles, sometimes with pennies attached to the heel and toe.

Head over to the Lititz Public Library to learn more about tap dance with these resources and more! 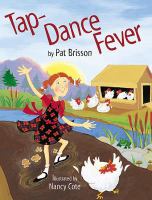 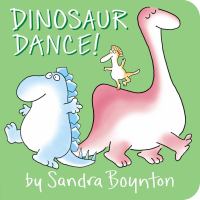 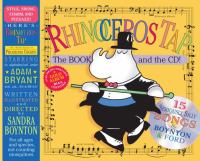 Don’t tap-dance on your teacher / Katherine Applegate ; illustrated by Brian Biggs.  Roscoe cannot wait to tap dance in the school talent show until some older boys make fun of him and say that tap dancing is just for girls.

Tap-dance fever / by Pat Brisson ; illustrated by Nancy Cote.  Annabelle Applegate will not stop tap-dancing no matter what the frustrated citizens of Fiddlers Creek do to make her quit.

Dinosaur dance! / by Sandra Boynton.   Colorful dinosaurs get in the spirit of the dance, performing everything from tap to cha-cha.

Dance to the rescue  Put on your dancing shoes! Dora and Boots need you to dance, spin, shake, wiggle, jump, and toe-tap along as they set off on an epic dance adventure!

Happy feet / Kingdom Feature Productions ; Animal Logic ; Kennedy Miller Productions ; directed by George Miller.  Emperor Penguins from Antarctica each express their true love with a special heartsong of their own that expresses their very being. However, the misfit Mumble cannot sing. Instead he has an extraordinary talent to tap dance with almost magical energy and expression. Nevertheless, the leadership of the colony fearfully blames the young penguin’s unorthodox ways for the lean fishing that threatens them all. Defiant in the face of unjust rejection, Mumble and his true friends set out to find the true cause of the famine. Through the friends trials and perils, Mumble learns many things about his frozen world, not the least of which being that his toe tapping talent may be what he needs to save his people.

Billy Elliot / Universal Focus ; Studio Canal ; Working Title Films and BBC Films, in association with the Arts Council of England, present a Tiger Aspect Pictures production in association with WT2.  Eleven-year-old miner’s son Billy Elliot is on his way to boxing lessons when he stumbles upon a ballet class. Billy secretly joins the class, knowing that his blue-collar family would never understand.

Fred Astaire : [triple feature movie marathon].  Second chorus : Two rival trumpet players vie for the attention of a girl who works for Artie Shaw. — Royal wedding : A brother and sister act perform in London and find true love — The over the hill gang rides again : retired Texas rangers are made deputies of Waco and must fight crime.

Swing time / RKO Radio Pictures presents ; directed by George Stevens ; screen play by Howard Lindsay and Allen Scott ; a Pandro S. Berman production.  Fred Astaire plays a gambler intent on raising $25,000 in New York in order to marry his fiance back home. Romantic complications occur when he meets dancing teacher, Ginger Rogers. Memorable songs include “The Way you look tonight” which won an Academy Award. Swing time, the fifth in the series of Astaire-Rogers musicals, is one of the best, due to the Jerome Kern score, the dramatic dance sequences and beautiful art direction.

Check out these websites for more information on tap dance:

And consider doing a web search to find out if there are any tap dance classes offered near you!