Ellis Island was the entry point for many immigrants in the late nineteenth and early twentieth century, processing nearly 12 million immigrants that arrived through the Port of New York and New Jersey from 1892-1924. On National Ellis Island Family History Day, we hope you can take the opportunity to look into the Ellis Island experience as it shaped the history of so many immigrant families that helped shape our country’s history. 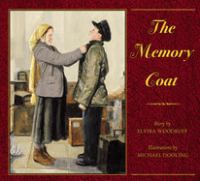 The memory coat / story by Elvira Woodruff ; illustrations by Michael Dooling – Fleeing from Russia to America, Rachel and her family want to make a good impression at the inspection station at Ellis Island. Any wrong move there could cause one or all of them to be turned away. When an inspector singles out young cousin Grisha, wearing the tattered old coat his mother gave him, the family fears they will be separated forever. But Rachel’s cleverness and a coat that’s filled with memories ultimately keep them together

All the way to America : the story of a big Italian family and a little shovel / Dan Yaccarino– The story of four generations of an Italian American family, beginning with an immigrant who came through Ellis Island with big dreams, a small shovel, and his parents’ good advice: “Work hard, but remember to enjoy life, and never forget your family.” 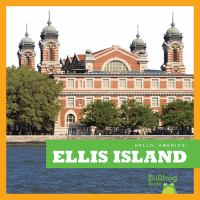 Ellis Island / by R.J. Bailey– In Ellis Island, young readers will explore this American landmark and learn about its historic significance. Vibrant, full-color photos and carefully leveled text will engage emergent readers as they explore this important site.

Ellis Island : coming to the land of liberty / Raymond Bial– Since opening in 1892, Ellis Island has come to symbolize the waves of immigrants from a list of countries that seems endless. In this work, Bial tells the story of Ellis Island itself. 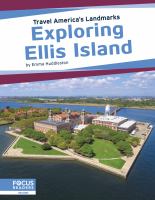 Exploring Ellis Island / by Emma Huddleston– Gives readers a close-up look at the history and importance of Ellis Island. With colorful spreads featuring fun facts, sidebars, a labeled map, and a “That’s Amazing!” special feature, this book provides an engaging overview of this amazing landmark.

Coming to America : the story of immigration / by Betsy Maestro ; illustrated by Susannah Ryan – Explores the evolving history of immigration to the United States, a long saga about people coming first in search of food and then, later in a quest for religious and political freedom, safety, and prosperity.