As we’ve highlighted poetry during the month of April we want to take this day, the 17th, to celebrate a particular form of poetry. Haiku is a Japanese verse form most often composed, in English versions, of three unrhymed lines of five, seven, and five syllables. Please enjoy these books and online resources to further explore this art form. 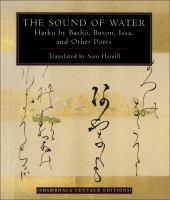 The sound of water : haiku by Bashō, Buson, Issa, and other poets – Here are more than two hundred of the best haiku of Japanese literature translated by one of America’s premier poet-translators. The haiku is one of the most popular and widely recognized poetic forms in the world. In just three lines a great haiku presents a crystalline moment of image, emotion, and awareness. This illustrated collection includes haiku by the great masters from the seventeenth to the early twentieth century.

The essential haiku : versions of Bashō, Buson, and Issa / edited and with verse translations by Robert Hass – This definite collection brings together in fresh translations by an American poet the essential poems of the three greatest masters: Matsuo Basho in the seventeenth century; Yosa Buson in the eighteenth century; and Kobayashi Issa in the early nineteenth century. Robert Haas has written a lively and informed introduction, provided brief examples by each poet of their work in the halibun, or poetic prose form, and included informal notes to the poems. This is a useful and inspiring addition to The Essential Poets series. 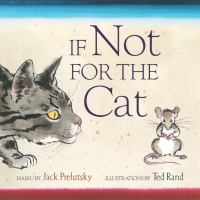 If not for the cat : haiku /Prelutsky, Jack – Seventeen haiku composed by master poet Jack Prelutsky and illustrated by renowned artist Ted Rand ask you to think about seventeen favorite residents of the animal kingdom in a new way.

Whoo-ku haiku : a great horned owl story / Maria Gianferrari – Watch as a pair of great horned owlets peep and squeak in their feathered nest. Mama and Papa hunt for food and fend off predators while the chicks grow strong enough to hop and flap between the branches of their tree, then leap and fly away, ready to explore the wild world around them.

Hi, Koo! : a year of seasons / presented by Koo and Jon J. Muth – Jon J Muth — and his delightful little panda bear, Koo — challenge readers to stretch their minds and imaginations with twenty-six haikus about the four seasons.

How to write haiku and other short poems / by Paul B. Janeczko